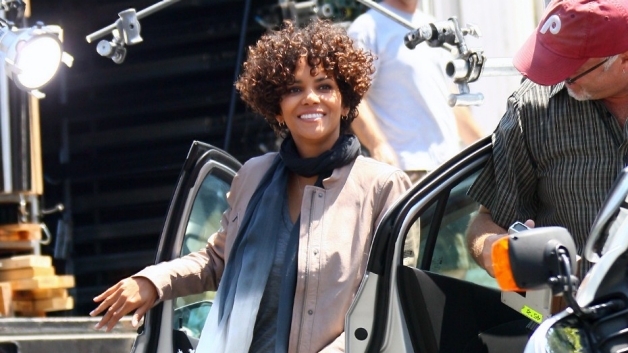 TMZ reports that Berry hit her head on concrete after taking a terrible fall around 10 p.m.

The actress, 45, was transported to Los Angeles’ Cedars Sinai Medical Center by ambulance.

In a statement, Berry’s representative updated USA Today and said the actress is fine. “Halle Berry suffered a minor head injury while shooting a fight sequence on the set of her film, The Hive. She was taken to the hospital as a precaution, but checked out healthy and was released. She’ll continue as planned.”