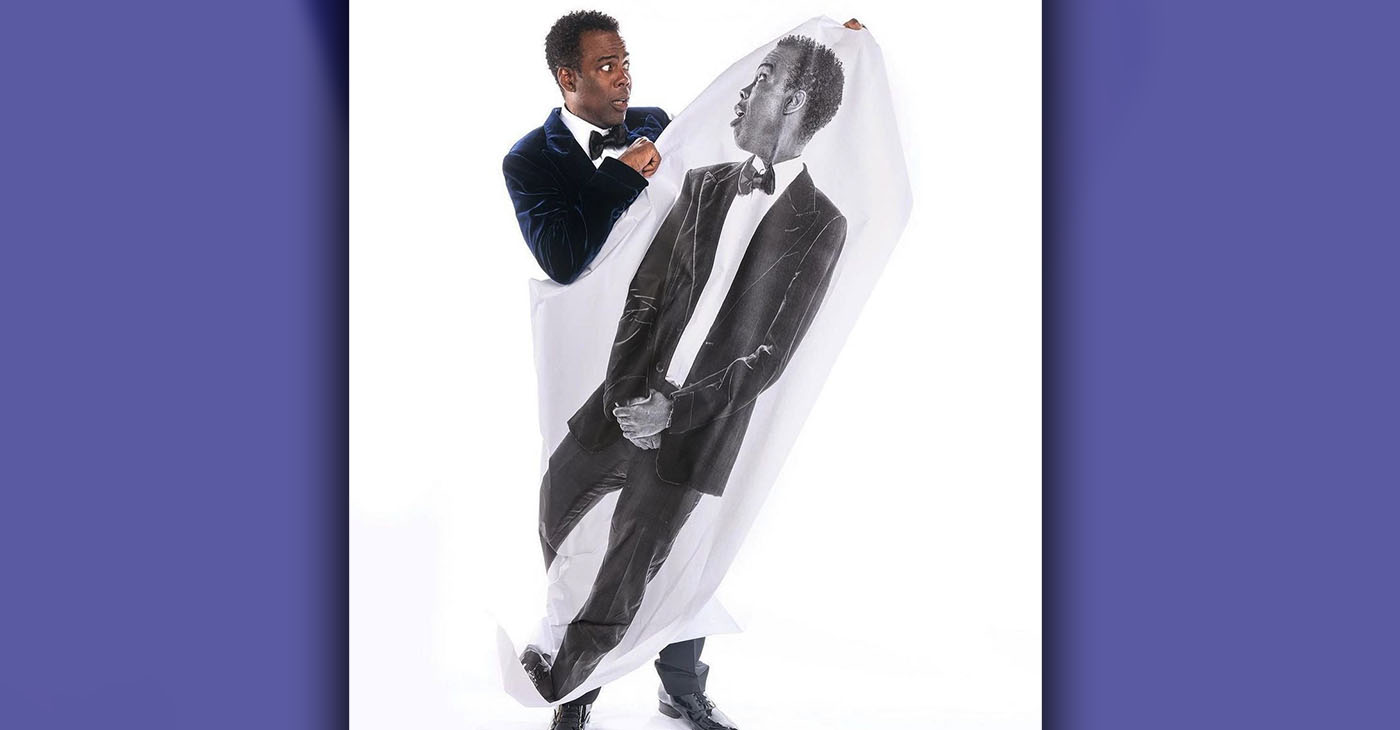 Photos taken following the Oscars aired include one that appears to acknowledge The Slap, with Rock’s reacting to an image of his own face seemingly immediately following Smith’s attack. (Source: Facebook)

Ever since Will Smith uncorked The Slap at Sunday’s Academy Awards, most observers have been waiting for The Response from comedian Chris Rock, the victim of the Fresh Prince’s devastating right hand.

Fans of Rock in Boston might get a front-row seat to an exclusive response as the comedian kicks off his “Ego Death Tour.”

The comedian, who has not spoken out publicly since Smith assaulted him on one of the biggest stages in the world, is scheduled to hit the stage at the Wilbur Theater at 7:30 p.m. EST.

Photos captured by the celebrity website TMZ show Rock arriving in Beantown with his head down. The “Good Hair” creator, whose joke about Jada Pinkett-Smith’s shaved head led to The Slap, reportedly had no knowledge that the target of his ill-fated G.I. Jane joke suffered from Alopecia, a condition that causes hair loss.

Although Smith has issued a public apology to Rock, the comedian’s brother said statements by Diddy and others suggesting reconciliation and peace were not factual.

“No,” Tony Rock responded when asked on social media if his brother and the King Richard star had settled their differences.

Tony Rock also answered “no,” when asked whether he approved of Smith’s apology.

When asked how Chris Rock was doing, Tony said, “fine.” Promotional images released for Rock’s concert include one that appears to acknowledge The Slap, with Rock’s reacting to an image of his own face seemingly immediately following Smith’s attack.