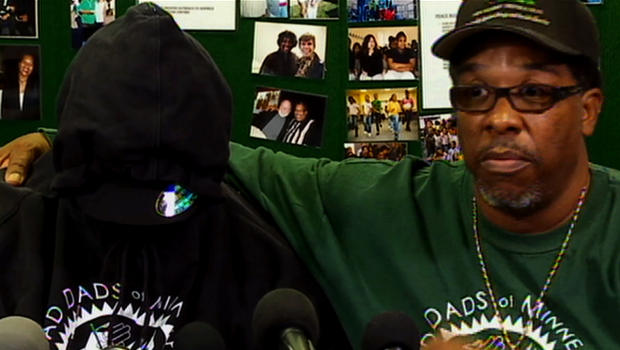 The unidentified father of a 9-year-old boy who stowed away on a Las Vegas-bound flight from Minneapolis sits next to spokesman VJ Smith during a press conference Oct. 9, 2013. / CBS

MINNEAPOLIS (AP) — A 9-year-old who eluded airport security and stowed away on a flight from Minneapolis to Las Vegas should live away from his parents for now while he and his family get therapy and other services, a judge ruled Wednesday.

Hennepin County District Judge Joseph Klein granted the county’s petition to declare the boy a “child in need of protection or services,” starting the protection process under court supervision. He also ordered individual therapy for the boy and family therapy for his parents while county and school officials work with them to determine what kind of help the boy needs. Klein also granted the parents liberal visitation privileges.

Exactly where the boy is staying was left unclear. The judge and attorneys referred only to an “out-of-home placement” and did not discuss when he might return home. After the hearing, county officials declined to be more specific, saying simply that the boy was safe.

Attorneys for the parents and the boy did not object to the arrangement.

“She wants to get her family back together and have her son returned home,” said Robert Paule, the mother’s lawyer.

The parents attended the hearing but the boy did not. He’s too young to be charged with a crime under Minnesota law.

The petition and other statements by his father and officials over the past two weeks described an escalating pattern of misbehavior since this summer. It started with running away and staying out overnight, suspensions from school for aggressive behavior and other issues, and sneaking into a YWCA swimming pool. Then, on Oct. 1, he stole a large delivery truck and damaged other vehicles, including a squad car, as he drove around town. The next day he went to the Minneapolis-St. Paul International Airport, where he stole a bag off a luggage carousel, went to a restaurant where he ordered food and drinks, then said he had to go to the bathroom. He left without paying and abandoned the bag.

He returned to the airport Oct. 3, blended in with a family to sneak past the security checkpoint without a boarding pass, slipped past a gate agent and took an empty seat on a Delta Air Lines flight. The flight crew became suspicious and turned him over to police in Las Vegas.

There was no discussion during Wednesday’s 15-minute hearing of what might have caused the boy’s behavioral problems. His father told reporters last week that they have tried to get the boy help but were told he hadn’t done anything bad enough. The boy last saw a therapist Aug. 13, the petition said.

Klein denied the family’s request to close the hearing, though he granted their request to seal many of the records in the case. Paule cited “unprecedented media coverage,” including the leak of a confidential county memo and what he said was an offer of money for the family’s story. But the judge noted that Minnesota law says child protection proceedings should remain open except in extraordinary circumstances.

The Associated Press is not naming the child or his parents because it generally does not identify juveniles in court proceedings.