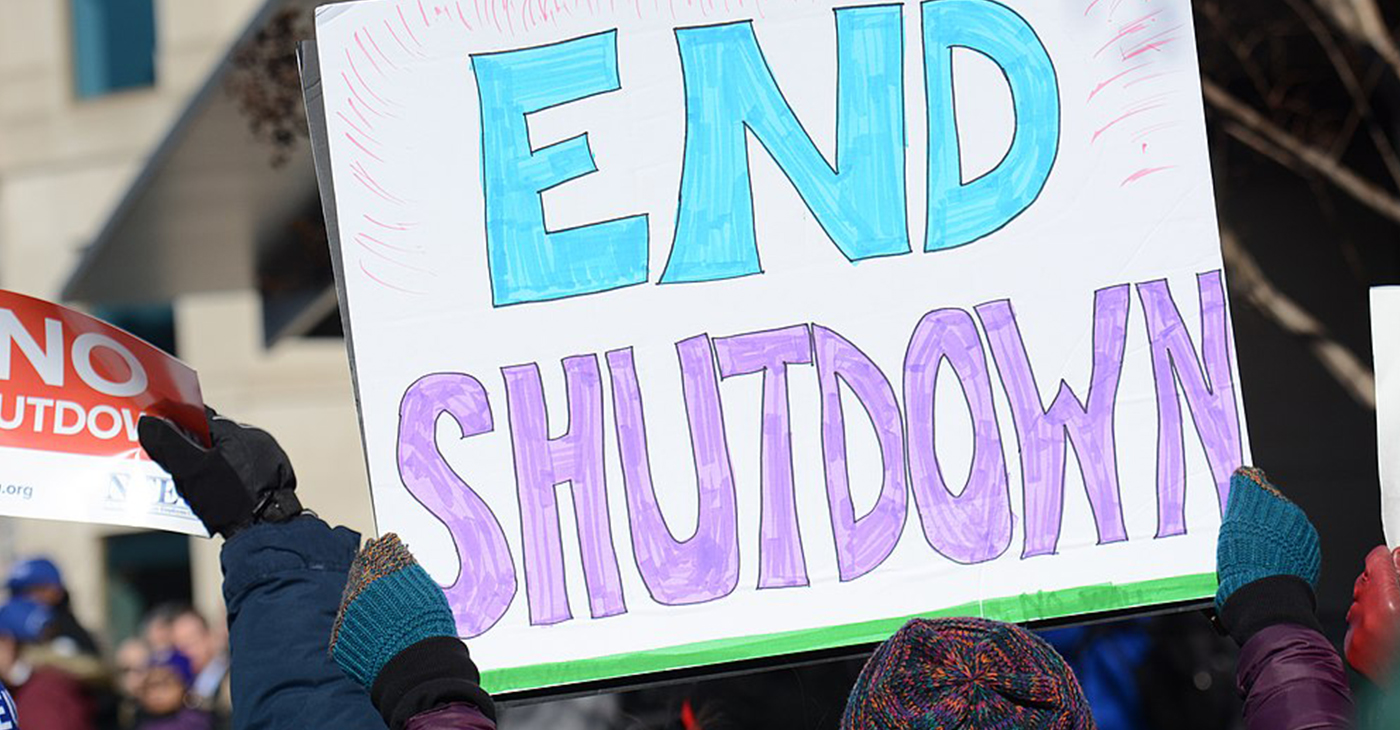 Imagine having to choose between paying your mortgage and picking up the much-needed prescription you need for your health crisis, because the job you report to and the federal resources you have relied on to live day to day are no longer available to you because of things beyond your control.

Choices like that, and many others, have been exactly what the approximately 800,000 federal workers, the roughly 4 million contractors and the countless number of low-income families who rely on the federal government, have had to deal with since the beginning of what has become the longest government shutdown in U.S. history. This has been the third shutdown of the federal government since President Donald J. Trump took the oath of office.

As a result of this catastrophic and life-altering shutdown, so many people who have relied on the government for their livelihood have been severely impacted in a major way.

People have had their Medicare and Medicaid disrupted. The stock market has been volatile. Federal workers have gone without paychecks and are in danger of losing everything they have worked so hard to attain to live the American dream. Safety has also become an issue.

Our food is not safe. As a result of the shutdown, the Food and Drug Administration (FDA) immediately announced that most they had stopped most of their routine food safety inspections because staff had been working without pay. These inspections handled by the unpaid workers included things like doing safety inspections on foods that had been imported from overseas, dangerous recalls, foodborne illness outbreaks, and much more.

Our drugs are not safe. The FDA also stated that because of the shutdown, they don’t have the ability to review new drugs that could be beneficial in helping people get better until the government reopens.

Even our airports are not safe.

Just a few weeks ago, a passenger on Delta Air Lines who was traveling from Hartsfield-Jackson International Airport in Atlanta to Tokyo, Japan, informed authorities that he had inadvertently carried his loaded firearm through airport security and onto the plane. The Transportation Security Administration (TSA) confirmed this and there are more concerns that unpaid TSA workers may not have the same level of focus due to the non-pay and many are not even reporting to work. Just this past week, the TSA checkpoint in Terminal B at George Bush Intercontinental Airport in Houston was closed due to TSA agents calling in sick to protest the shutdown. Things are getting more and more out of hand.

On top of the potential safety issues, the financial strain this shutdown is putting on the American people, especially here in Texas is devastating.

SNAP offers nutrition assistance to millions of eligible, low-income individuals and families and provides economic benefits to communities. SNAP is the largest program in the domestic hunger safety net. According to the Texas Health and Human Services Commission, there are currently 3,580,375 people receiving SNAP benefits as of December 2018.

Texas State Senator Borris L. Miles states that while the shutdown is already hurting Texans all across the state, he believes it’s about to hit the poorest in our communities the hardest because after February 2019, SNAP beneficiaries will no longer receive the necessary funds to purchase food.

“This is unacceptable,” said Miles. “I am calling on the Texas leadership to make emergency preparations to help Texans on food stamps and other programs impacted by the shutdown. I am prepared to roll up my sleeves and work with my colleagues to ensure we fund these programs adequately so that no Texan should go hungry.”

Senator Miles also sent a joint letter to President Donald Trump, House Speaker Nancy Pelosi and Senate Majority Leader Mitch McConnell to make it clear that Texas is prepared to help those impacted in our state and expects to be reimbursed when the federal government reopens.

“This is not a Democratic or Republican issue, or a rural, urban or suburban issue; it’s a poor people issue,” said Miles. “We need to do the right thing, help the poorest in our communities and minimize the impact of this shutdown.”

The longer this government shutdown continues, the more the American people will suffer and America as a whole will be at risk.

The American people must demand more from the elected officials who have been voted in to represent them and let them know that things have gone too far and must stop.

To hold the country hostage because President Trump can’t get his beloved wall across the border, when he stated from the onset that he would make the country of Mexico pay for it, is unfair and disingenuous. Subsequently, any elected official who cosigns with this mode of thinking and action is equally as irresponsible.

It is time for all elected officials to stop playing chicken with the American people’s livelihoods and stop playing the role of elected enemies to the people they are elected to serve.

Netflix Raises Prices on All Streaming Plans in US