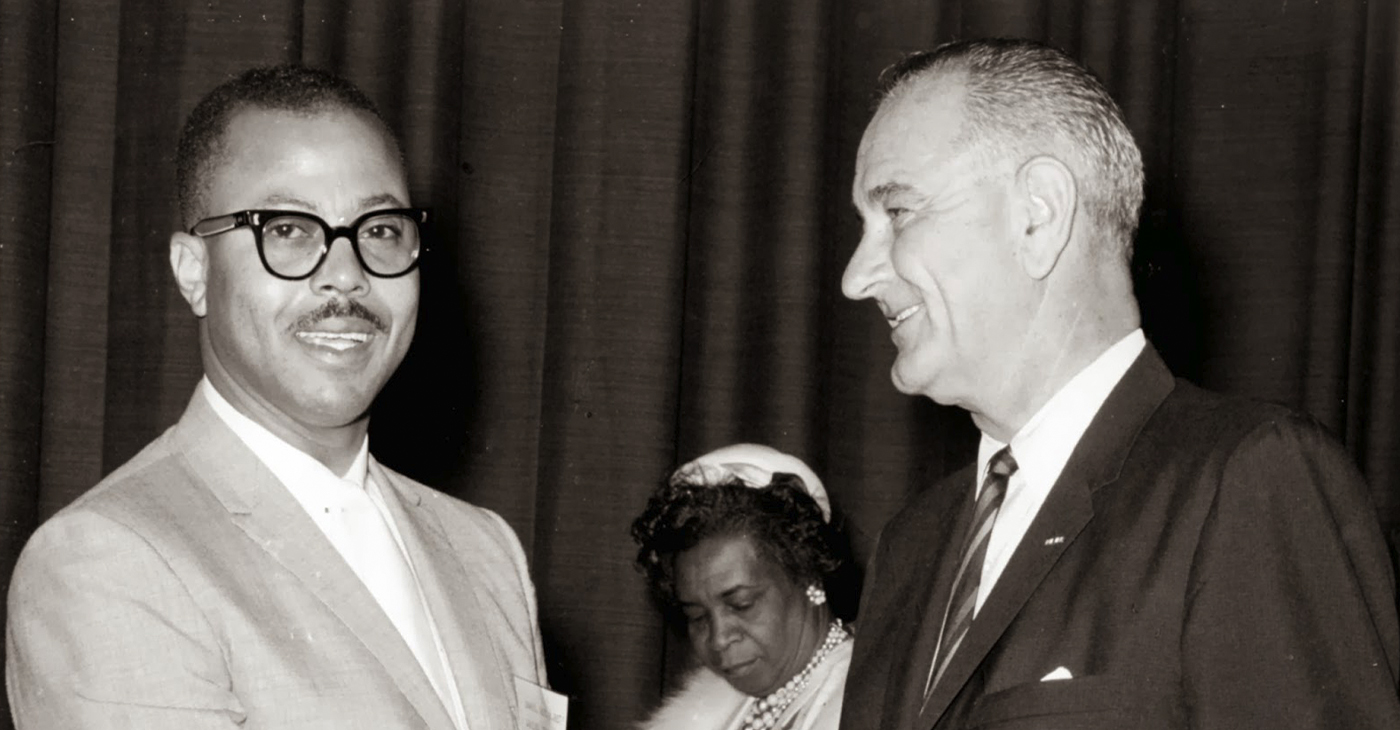 One of the most crucial figures in the American civil and human rights movements, Rev. Rhett H. James, who also helped to pioneer significant desegregation efforts in Texas, was honored posthumously at the 41st annual Dr. Martin Luther King Jr. Gala, Saturday, January 14, at the Hyatt Regency Hotel in Dallas.

Rev. James, who included among his confidants, notables such as Dr. King and President Lyndon B. Johnson, invited the civil rights leader to speak in Dallas in January of 1963, to an audience of nearly 3,000. It was the first time that Dr King spoke in the city.

“Reverend Jones was one of the most brilliant minds that this community has ever known,” said Candace Wicks, a Dallas native who serves as vice chair of the Martin Luther King Jr. Community Center’s advisory board.

The center is supported by the city of Dallas.

“The legacy of Reverend James is important, and proper recognition of him is long overdue,” Ms. Wicks said. “There are people in our city who do not know the significance of Reverend James. He is one of the most important citizens in the history of Dallas. He is more than worthy of being honored.”

He was president of the Dallas Chapter of the NAACP and frequented the White House for policy exchanges while his friend, President Johnson, was president.

An ardent proponent of education, Rev. James received his bachelor’s degree from Virginia Union University in Richmond. He worked with others to relocate Bishop College from Marshall, Texas to Dallas. He also served as a teaching recruiter, and administrator for the Dallas Independent School District.

“Reverend James was a brilliant civic leader and pastor,” said Rev. Ronald E. Jones, a former Garland, Texas mayor who, like Rev. James, pastored at New Hope. “He was a giant as a pastor and a giant as a leader and human being.”

Rev. James retired from New Hope in 1986. Rev. Jones was among the younger members of the clergy who learned principles of faith and responsibility from Rev. James while he pastored at the church.

“We were halted by COVID-19,” she said, adding that proceeds from the event will help seed academic scholarships for college students and will contribute towards the operating budget of the King Center. “The work that we do in the areas of housing, education, healthcare, financial assistance and so many others is consistent with the life and work of Dr. James. Like him, The King Center is committed to assisting others.”