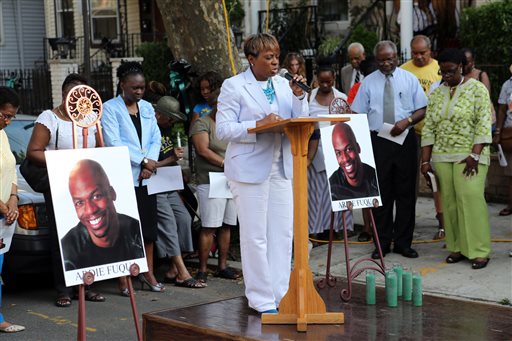 JERSEY CITY, N.J. (AP) — A prayer vigil was held in New Jersey on Monday night for Ardie Fuqua, the comedian who was injured in the same highway crash that injured Tracy Morgan.

Fuqua’s mother, Doris, said he is in good spirits, and is getting three hours of physical therapy each day. He is being treated for brain trauma.

More than 100 friends and neighbors gathered on the street where the 43-year-old Fuqua and his parents live to sing hymns and pray for his recovery, the Jersey Journal reported.

“We wanted to just gather as a community, as a family, just to let (the Fuqua family) know that there are people all over praying for them,” the Rev. Dorothy Patterson, of the Wallace Temple AME Zion Church in Bayonne, told the newspaper.

Sarah Greene, Fuqua’s aunt, said her nephew was “on his way back,” but his recovery is going to be an “uphill battle.”

Those gathered also prayed for the truck driver who is being blamed for the deadly crash. Kevin Roper, 35, of Jonesboro, Georgia, has pleaded not guilty to death by auto and assault by auto charges. A criminal complaint accuses him of not sleeping for more than 24 hours before the crash, a violation of New Jersey law.

Morgan, the former “Saturday Night Live” and “30 Rock” star, also is in a rehabilitation center. He suffered a broken leg and broken ribs in the crash.

Movie Review: ‘Deliver Us From Evil’