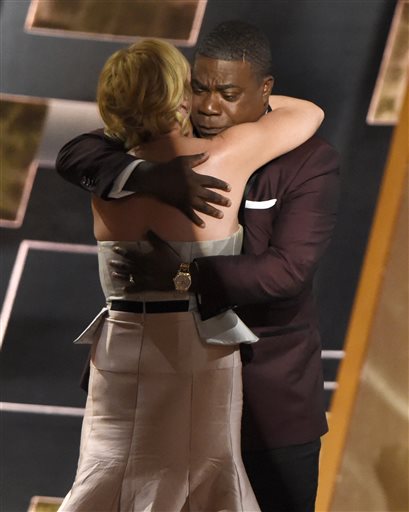 LOS ANGELES (The Washington Post) – In a dramatic moment that seemed impossible not long ago, comedian Tracy Morgan — left in a coma after a June 2014 car crash — took the stage at the Emmys on Sunday night.

“Thank you,” a tearful Morgan said. “Thank you so much. I missed you guys so much.”

Morgan was critically injured in an accident on the New Jersey Turnpike. A Wal-Mart tractor-trailer rear-ended his limo bus, killing fellow comedian James McNair and leaving Morgan’s representatives wondering whether the Emmy-nominated “30 Rock” star would ever perform again. He was also notably absent from “SNL 40,” the 40th anniversary celebration of “Saturday Night Live,” earlier this year.