Obama to Call for More Mentors for Minority Boys
Advertisement 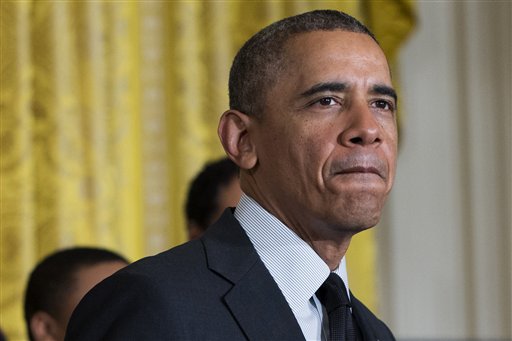 President Barack Obama pauses as he speaks bout increasing the minimum wage, Wednesday, April 30, 2014, in the East Room of the White House in Washington. (AP Photo)

WASHINGTON (AP) — President Barack Obama is calling on all Americans to get involved with his push to reverse underachievement among young minority men by getting involved with mentorship and tutoring programs.

The White House call is an outgrowth of Obama’s “My Brother’s Keeper” program, which the president initiated in February to help try to reverse some of the challenges facing black, Hispanic and Native American boys and young men.

Obama discussed an initial “My Brother’s Keeper” progress report with his Cabinet on Thursday and on Friday will “call on all in his administration and adults all across America to commit to mentor or tutor” boys, said Brodrick Johnson, chairman of the initiative’s task force.

“We believe that the key to working to improve the lives of boys and young men of color, indeed for all of our youth, is to make sure that the communities around them are investing in them, and that means everyone,” Johnson said.

Obama unveiled the “My Brother’s Keeper” program at the White House in February. Under the initiative, businesses, foundations and community groups coordinate investments to come up with or support programs that help keep young people out of the criminal justice system and improve their access to higher education.

Several foundations pledged at least $200 million over five years to promote that goal.

Obama also signed a presidential memorandum creating a government-wide task force to evaluate the effectiveness of various approaches so that federal and local governments, community groups and businesses will have best practices to follow.

The progress report noted several areas that the initiative should focus on, including getting better data on minority boys, making sure young boys enter schools ready to learn, reducing violence and reforming the juvenile justice system.

“This report really reflects the beginning of the work that we’re undertaking and we’re very much looking forward to seeing where it leads,” said Cecilia Munoz, White House director of domestic policy.