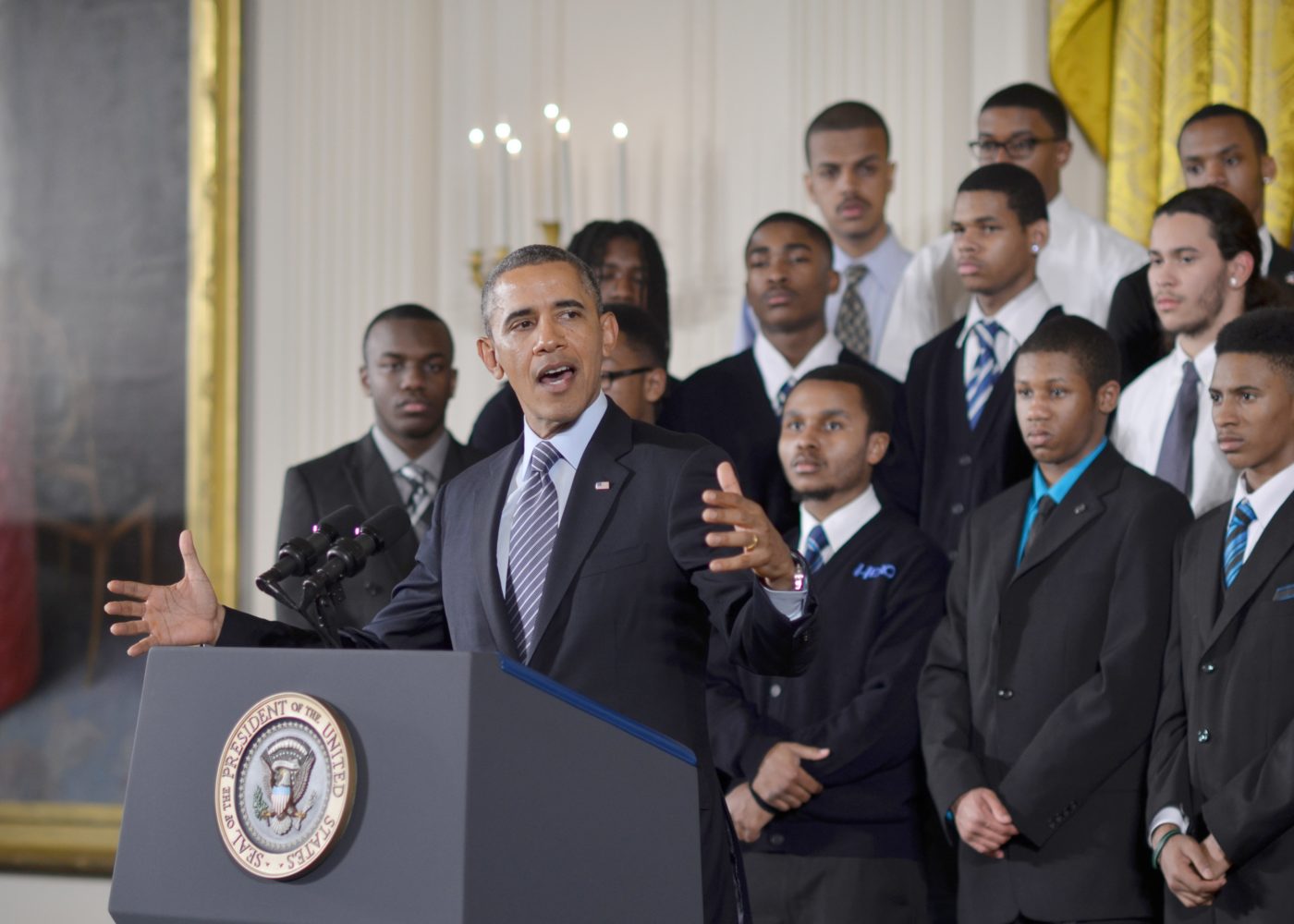 We write as African American men who have supported your presidency, stood behind you when the inevitable racist challenges to your authority have emerged, and have understood that our hopes would be tempered by the political realities that you would encounter.  While we continue to support your presidency, we write both out of a sense of mutual respect and personal responsibility to address what we believe to be the unfortunate missteps in the My Brothers Keeper initiative (MBK).  In short, in lifting up only the challenges that face males of color, MBK — in the absence of any comparable initiative for females — forces us to ask where the complex lives of Black women and Black girls fit into the White House’s vision of racial justice?

Your acknowledgment that race-conscious policies are still needed, and that addressing the needs of those left behind “is as important as any issue that you work on” was inspiring to us. We agree with your sense that racial inequality remains an urgent American problem that, as you indicated, “goes to the very heart” of why you ran for the presidency. We knew very well that you were echoing Dr. King’s observations when you noted that “groups that have had the odds stacked against them in unique ways…require unique solutions.” We understand, as do you, that those ‘’who have seen fewer opportunities that have spanned generations” include men and women in our communities who have struggled side-by-side against the opportunity gaps, shrinking resources and disparate conditions that contribute to the desperate circumstances facing our community.So we were surprised and disappointed that your commitments express empathy to only half of our community — men and boys of color. Simply put, as Black men we cannot afford to turn away from the very sense of a shared fate that has been vital to our quest for racial equality across the course of American history.

As African Americans, and as a nation, we have to be as concerned about the experiences of single Black women who raise their kids on sub-poverty wages as we are about the disproportionate number of Black men who are incarcerated. We must care as much about Black women who are the victims of gender violence as we do about Black boys caught up in the drug trade.  We must hold up the fact that Black women on average make less money and have less wealth than both White women and Black men in the United States just as we must focus on the ways in which Black men and women are disproportionately excluded from many professions.

We are not suggesting a national moratorium on Black male-oriented projects. But our sense of accountability does reflect the fact that our historic struggle for racial justice has always included men as well as women who have risked everything not just for themselves or for their own gender but for the prospects of the entire community. Moreover, we are concerned that your admonishment to Black and Latino men to be more responsible and to stop making excuses frames problems of educational attainment, unemployment, and incarceration consistent with those who say Blacks suffer from a “culture of pathology.”  We believe in a vision of accountability and racial justice that is neither male-centered, heteropatriarchal or victim blaming.

Taking the lives of Black girls and women seriously would increase the likelihood that we would recognize and lift up loving parents regardless of whether they exist in single, dual, same-sex or opposite sex families; decrease our tendency to express nostalgia for a family structure whose absence wrongfully becomes the putative focal point for all that ails us; and put into sharp relief the fact that the obstacles we face are not simply matters of attitude adjustment and goal setting, but the consequences of deteriorating opportunities, the weakened enforcement of civil rights laws, and the increasing emphasis by government actors on policies that focus on punishment, surveillance, and incarceration.

We recommend an expansion of the MBK — and all other national youth interventions — to include an explicit focus on the structural conditions that negatively impact all Black youth.  Of course encouraging young Black men and women to do their very best is important, as is holding them accountable when we think that is warranted. Our interventions, however, must acknowledge that the life chances of youth of color are impacted by the converging dynamics of racism, sexism, class stratification, homophobia and other such factors. For example, MBK, in its current iteration, solely collects social data on Black men and boys. What might we find out about the scope, depth and history of our structural impediments, if we also required the collection of targeted data for Black women and girls?

If the denunciation of male privilege, sexism and rape culture is not at the center of our quest for racial justice, then we have endorsed a position of benign neglect towards the challenges that girls and women face that undermine their well-being and the well-being of the community as a whole. As Black men we believe if the nation chooses to “save” only Black males from a house on fire, we will have walked away from a set of problems that we will be compelled to return to when we finally realize the raging fire has consumed the Black women and girls we left behind.

(*Affiliations are listed for identification purposes only and do not imply the endorsement of the listed institution. For an updated list of those who signed letter, go to http://www.aapf.org)

Obama to Call for More Mentors for Minority Boys