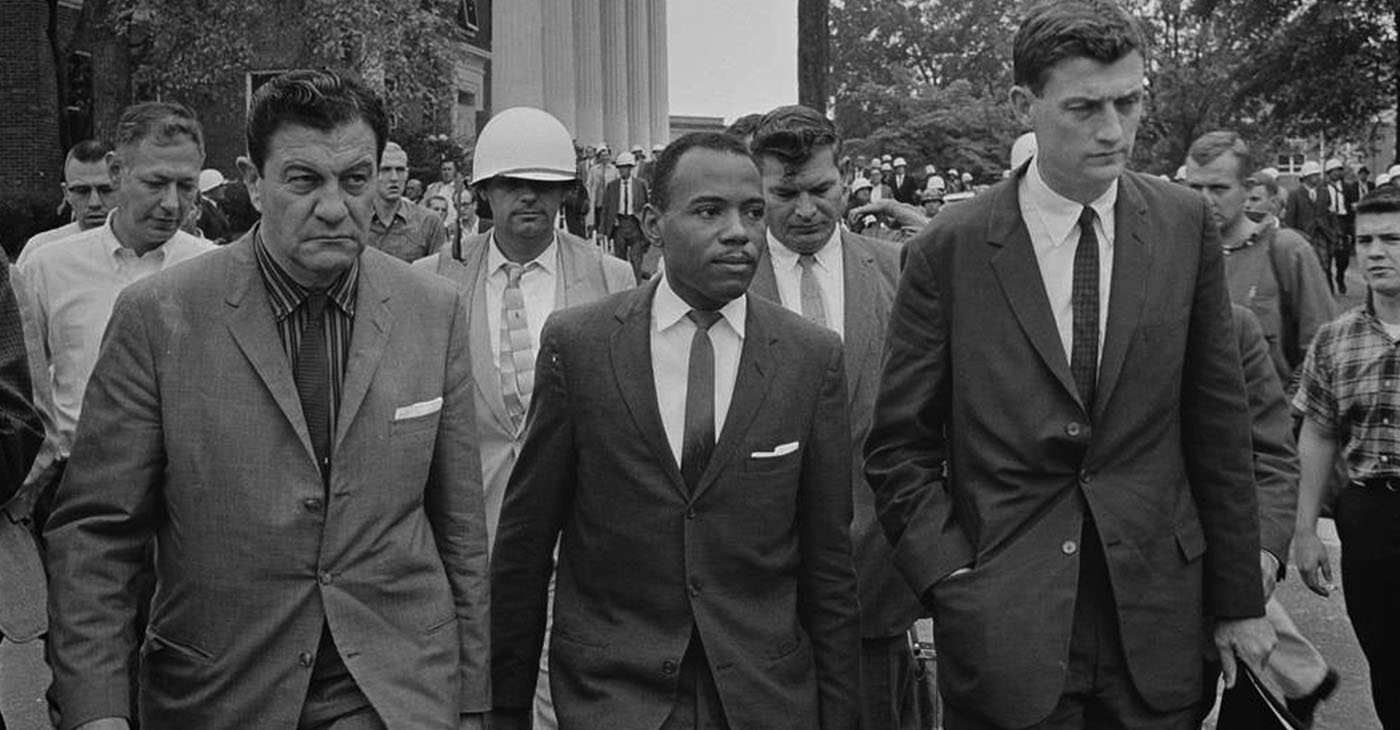 James Howard Meredith (born 1933), on a mission to encourage Black voter registration and defy entrenched racism in the South, set out on a solitary walk from Memphis, Tennessee to Jackson, Mississippi.

On the second day of his journey, Aubrey Norvell, a white gunman, waited on a roadside a few miles south of Hernando, Mississippi. He ambushed Meredith, shooting him in the neck, head, and back.

Within 24 hours, the nation’s three principal civil rights organizations vowed to continue the march: the Southern Christian Leadership Conference, the Congress of Racial Equality, and the Student Nonviolent Coordinating Committee.

Success of the event could not be predicted. Leaders were aware that last-minute planning of a march could be dangerous, and the route chosen was not without uncertainty. The three-week march led to death threats, arrests, and the use of tear gas. Internal tensions surrounding leadership swelled and use of the slogan “Black Power” became a revolutionary phrase urging self-determination and Black pride.

The Deacons for Defense and Justice, a group of Black veterans from World War II who believed in armed self-defense, provided protection for participants. Founded in Jonesboro, La., in 1964, The Deacons for Defense had already protected civil rights activists from the Ku Klux Klan. About 20 chapters were created throughout Louisiana, Mississippi, and Alabama.

The march ended on June 22, 1966. Meredith, sufficiently recovered, had been able to rejoin the event. Participants supporting Meredith along the way joined in, making the total number of marchers arriving in Jackson about 15,000. The March Against Fear was one of the largest marches in history for that geographical area. It was during the post-march rally that Stokely Carmichael first used the phrase “we want Black Power” during a public speech.

Carmichael sought to define the quest for Black Power in constructive terms, explaining to supporters in Detroit that “Black votes created Black Power…That doesn’t mean that we are anti-white. We are just developing Black pride.”

Meredith had become well known when he successfully challenged the Kennedy administration to protect his civil rights. His application for admission to the University of Mississippi, dubbed Ole Miss, had been twice denied. With backing from the NAACP, he filed suit for racial discrimination.

After heavy negotiations with U.S. Attorney General Robert Kennedy, Meredith was permitted to enroll at Ole Miss but only under escort of federal troops. He graduated in 1963 with a bachelor’s degree in political science.

What began as a solitary peaceful protest for voter registration became one of the South’s most important demonstrations of the civil rights movement. Leaders like Martin Luther King, Jr. and Carmichael formed unlikely alliances that resulted in the Black Power movement. This ushered in a new era in the fight for equality.

Understand the complex issues of fear, injustice, and the challenges of change in Anne Bausum’s “The March Against Fear: The Last Great Walk of the Civil Rights Movement and the Emergence of Black Power.”