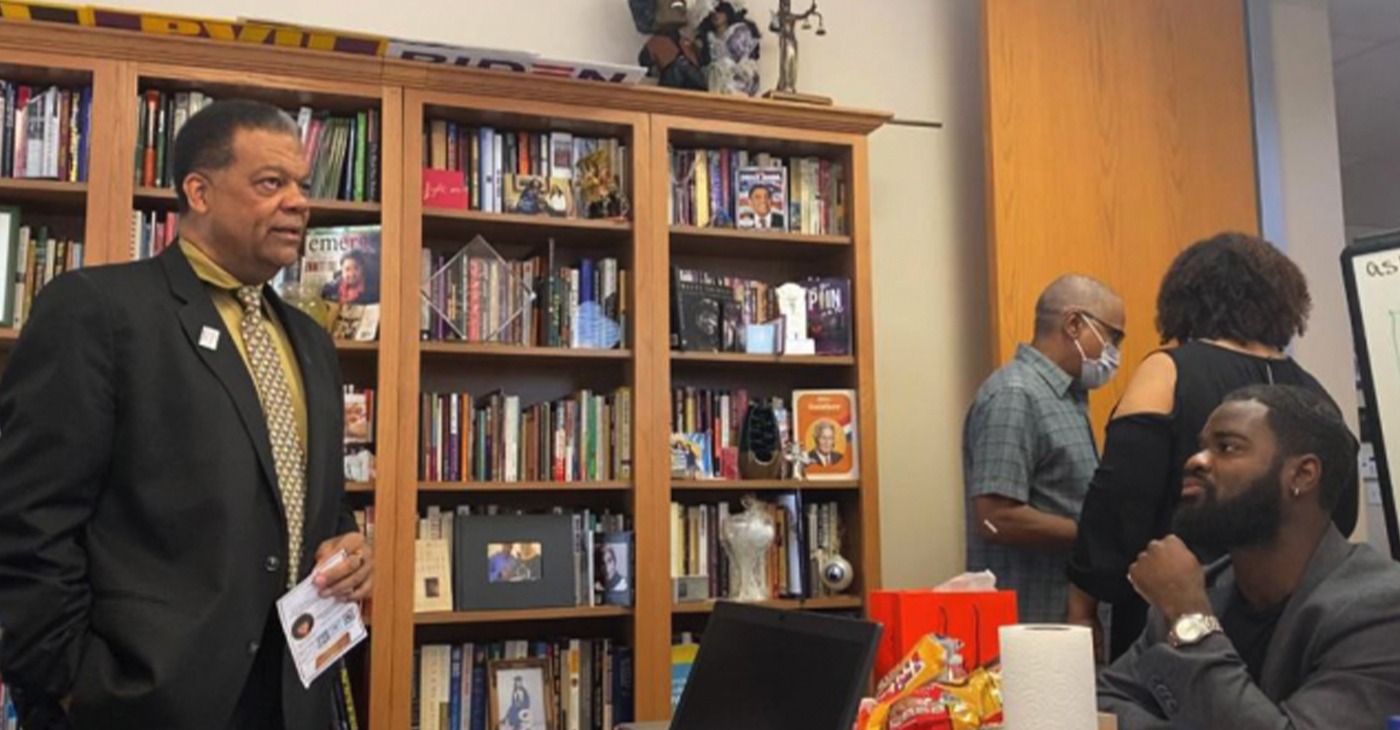 When Nycorta Diaz Mabry Jr. came into the world, his name was already predetermined, along with certain expectations.

According to his grandfather and father, Nycorta means “strong Black King,” and Nycorta Jr. said both men have been great role models to help chart his path in life.

Mabry is one of Texas Metro News’ newest interns and he is ready to make a difference.

“I have a lot that I can offer the world, but I haven’t had the opportunity to show them that yet.”

Even in a ZOOM call, Mabry exudes a go-getter attitude and an amiable personality. He is one of those people who knows how to lead but also to care for the people he loves.

A native of Flint, MI, and graduate of Flushing High School, Mabry played a variety of sports and excelled in all of them, but his favorite and the one he was best at was football. He even played for select teams outside of school, garnering many awards.

Graduating in 2017, Mabry went on to Davenport University on a full-ride football scholarship. While he had offers from some Division 1 schools, he selected the Division 2 college because he felt it was best for the financial needs of his family. He believes he could have had more and better offers if he just had more exposure — an issue he deals with to this day.

Mabry played football through his sophomore year with Davenport University, but then he tore his ACL. He said that injury was truly “the pivot point of his life.”

Everything in him had been geared toward football. It was “his way out.” Now he was out of the game, he did some soul searching.

After a long internal battle, he decided his next goal was to attend Grambling State University. He even started reaching out to students saying he would be there the next semester. Sure enough, he was accepted and traveled south to Grambling, LA.

Now, a Mass Communications major and Marketing minor, he has decided the biggest brand he wants to build is himself. In preparation for his many big moments in the foreseeable future, he began branding himself under his full name, as he believes it carries a lot of responsibility and power.

In addition to writing stories, covering events and learning all areas of the industry, Mabry will also be hosting a weekly podcast in June, utilizing his marketing skills to promote the I Messenger Media Brand that includes Texas Metro News, I Messenger, Garland Journal and other IMM Digital platforms.

Inspired by the likes of Joe Budding and rap mogul Diddy, Mabry plans to use his opportunity at Texas Metro News to build his repertoire, make connections to other powerful leaders of the Dallas/Fort Worth communities and take what he has learned and make a change. He is also focused on changing the world.

“Being an influencer means having the ability to change the world,” Mabry said, as he describes the beginning of this new journey. “It’s a big responsibility.”