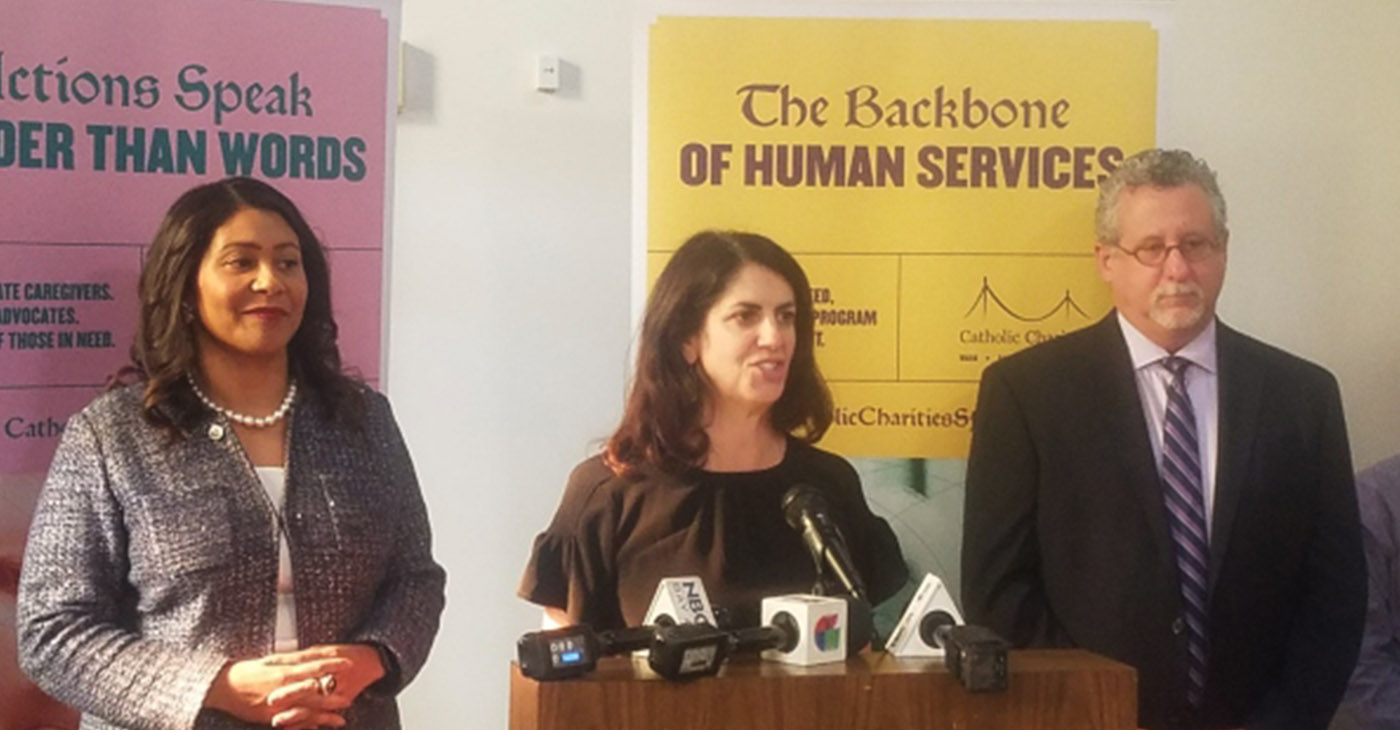 Catholic Charities has been active in the Mission district for the past fifty years. But its never had a physical presence in the area until now. The non-profit had the grand opening of its Mission Access Point Center at 18th Street and South Van Ness last week

“This Mission location is the third access point in San Francisco,” said Jilma Meneses, the CEO of Catholic Charities. “We also just opened up a center in the Bay View that is up and running. Our center in the Mission will help people in the area find housing long term.”

The Access Point Center will focus on homeless prevention and immigration services in the Mission area. Services are open to men or women with children under the age of 18. The facility, located next to the St. Charles elementary school, will house the various Catholic Charities case workers and managers who assist the general public. People from all over San Francisco came to the grand opening including Mayor London Breed and Supervisor Hillary Ronen.

“San Francisco is doing what we can to address the issues around homelessness,” said Mayor Breed.

Mayor Breed said that profits like Catholic Chartres, which has a contract with the city to help combat homelessness, are very important in the fight against homelessness.

“We are getting people on the right path,” continued Mayor Breed. “We house fifty people a week, but right after, sixty five people are on the waiting list to take there place.”

Catholic Charities, Access Point Centers helps families with housing issues. Sometimes they can stop evictions, by helping to pay back rents, providing security deposits for families or dealing with property managers to set up payment arrangements.

“While we are addressing homelessness in the city, we need regional solutions for housing,” continued Mayor Breed. “We need them not only in San Francisco, but all over the bay area. People need to be housed, especially families.”

In San Francisco it is estimated that they are eight to ten thousand homeless people in the city. While in the past, it was largely a downtown problem, areas like the South of Market, Mission and the Bay View have seen a dramatic increase of homeless people living on the streets, shelters or in cars.

“This is an organization the Mission district trusts, “said District 9 Supervisor Hillary Ron en, who represents the area. “It’s a safe place, where people understand the intersection of services that Catholic Charities provides.”

“Homelessness can’t be solved unless you are providing wrap around services, which include food healthcare, housing and stopping people from being homeless,” added Liza Cardinal Hand, the Communications Manager for Catholic Charities.

“We have to break the cycle of homelessness,” continued Hand. “The Mission Access Center will do this and the Bay View Hunters Point access center is doing this.”