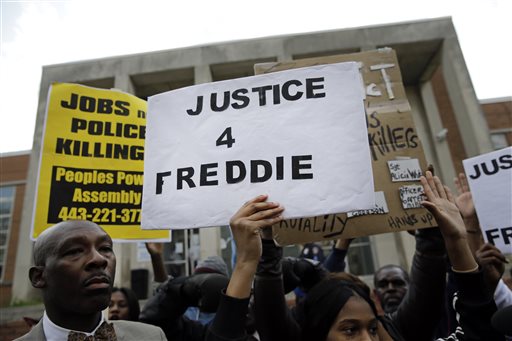 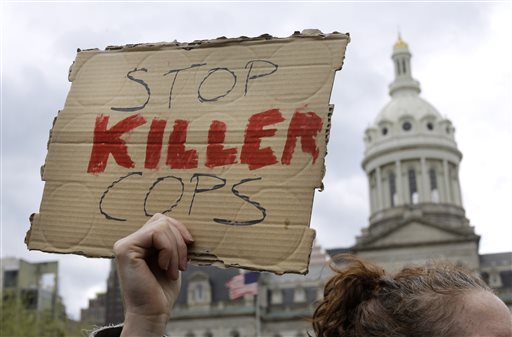 A protestor holds a sign outside of Baltimore’s City Hall before a march for Freddie Gray, Thursday, April 23, 2015, in Baltimore. Gray died from spinal injuries about a week after he was arrested and transported in a police van. (AP Photo/Patrick Semansky)

A department announced that the Criminal Intelligence Unit had obtained information indicating “members of various gangs including the Black Guerilla Family, Bloods and Crips have entered into a partnership to ‘take out’ law enforcement officers.”

Freddie Gray Is Mourned at Funeral in Baltimore