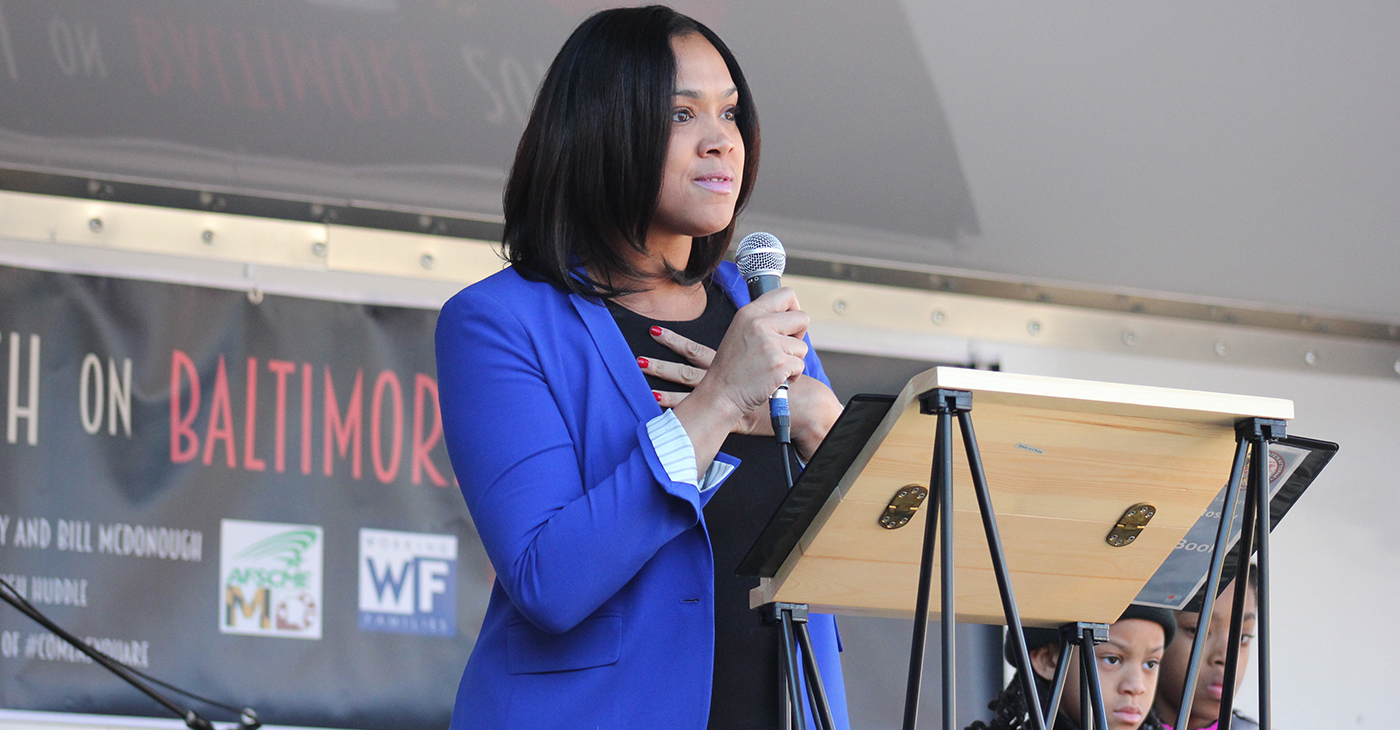 Crooked cops are what Baltimore States Attorney Marilyn Mosby has come fact-to-face with. She recently asked courts to throw out nearly 800 criminal cases handled by 25 city police officers, saying she had reason to distrust more than a dozen cops in addition to the eight convicted in the infamous Gun Trace Task Force scandal that rocked the city police department.

Then the states attorney said her office has “hundreds” of police officers whose reputations are suspect, and a list of names was given to the police department. The information came to light during a forum about policing. “Video clips of her remarks spread online and captured the attention of defense lawyers in Baltimore. According to the states attorney, her office ‘created an internal sort of notification system. We notify the police department whenever there is a sustained allegation of credibility issues or even an allegation that isn’t sustained. So, we will summarize whatever the issue may be, and then we provide that list to the police department for them to determine what they’re going to do with their employee. … There are hundreds of officers on that list,’” she said, according to a Baltimore Sun report Oct. 18.

She hasn’t gone into further detail, nor responded to requests from defense lawyers for access to the names of officers on the list.

There were 183 officers flagged by Ms. Mosby’s office, Matt Jablow, a police spokesman told the Sun. “‘We are aware of the list and the officers who are on it,’ Jablow wrote in an email. ‘Some of the issues involve current Internal Affairs investigations that could result in discipline, though there are many officers who are on the list despite allegations of wrongdoing that were not sustained,’” according to the Sun.

“Prosecutors are held to an ethical standard of pursuing justice over convictions, and when you have sworn police officers involved in egregious and long-standing criminal activity, such as planting guns and drugs, stealing drugs and money, selling drugs, making illegal arrests and bringing false charges, our legal and ethical obligation in the pursuit of justice leaves us no other recourse but to ‘right the wrongs’ of unjust convictions associated with corrupt police officers. Police corruption is a hindrance to public safety, puts the lives of hard-working and dedicated officers at risk, and limits our ability as prosecutors to deliver justice on behalf of the citizens of Baltimore,” Ms. Mosby said in early October.

Many learned about the Baltimore City Police through the case of Freddie Gray, who died in April 2015 following his arrest after running away from cops patrolling his neighborhood. Cell phone video of his arrest show an obviously injured Gray being dragged between two bicycle cops to a paddy wagon. Officers handcuffed and shackled the young Black man but left him unbuckled in the back of a police van. He suffered fatal injuries from an almost severed spine.

City officials were slow in releasing details of the circumstances surrounding his death, but many believe Mr. Gray’s injuries came after he was given a “rough ride” where those in police custody are left unrestrained and violently tossed around in a fast-moving police van.

Anger and riots exploded in the city following his death and how he was handled by police made national news. No officer was convicted of wrongdoing in connection with his demise.

The U.S. Justice Department found in 2016 that the Baltimore City Police Department “engages in a pattern and practice that violates the U.S. Constitution,” and the “BPD disproportionately stops, searches, and arrests African Americans in violation of Title VI and the Safe Streets Act, and this disparate impact, along with evidence suggesting intentional discrimination against African Americans, exacerbates community distrust of the police.”

Abdul Salaam was driving home with his son when he was pulled over by the Baltimore City Police in 2013. In front of his son strapped in his car seat and a crowd of 30 neighbors, officers snatched him out of the car, he stated.

“They terrorized and beat me badly,” Mr. Salaam told The Final Call. “They went through my van, claimed to be looking for guns and drugs. These were plainclothes officers in unmarked cars. They were drug and gun enforcement officers. They said they pulled me over for a seat belt violation. As they got out of their cars, they had guns drawn. That’s not the routine approach for a traffic violation,” he continued.

“They pulled me out, slammed me down, handcuffed me, picked me up, hogtied me, gave me the ‘Baltimore knee drop’ in the back of my neck area while I was hogtied and carted me off to the hospital and then central booking.  This is their common pattern and practice, not what they do when they stop you for a seat belt violation. It was not so commonly known back then.”

Mr. Salaam spent two nights in jail and upon his release immediately found a lawyer to file suit against the Baltimore Police Department.

Many of Baltimore’s Black residents look at the police with distrust and the problems have continued.

“It’s unfortunate that she has to take this step,” said Farajii Muhammad about Atty. Mosby. He is host of Morgan State University’s WEAA Radio Daily Show, “For The Culture.” “You want to make sure that you have clean, good cases but considering the impact the Gun Trace Task Force made on the department, a lot of those cases forced her to take this route,” he explained.

“You don’t want to continue to perpetuate wrongful actions and unfortunately that happens a lot in Baltimore City. It’s a step that many people don’t want to take but at the end of the day I think it’s the right step and a necessary step to rectify the wrongs for the people who were just at the wrong place at the wrong time. It may be necessary,” said Mr. Muhammad.

Mr. Salaam took his case to court to fight the crooked cops that illegally stopped, searched and beat him.

“It cost $10,000 just to get a good lawyer. Two weeks after my situation another young man died at the hands of the police, Tyrone West. I met that family three days later. They explained what happened to him was the same thing that happened to me. When I went to court, I felt these were the same cops that were involved with Tyrone West.  My lawyer investigated and found that the officers were the same,” said Mr. Salaam.

Even after the Justice Department’s report that condemned the police department for racism, unreasonable force, violating the rights of Baltimore residents by using force or otherwise retaliating against individuals exercising constitutionally protected activity, such as public speech and filming police activity, excessive force against individuals with mental health disabilities or experiencing a crisis, many are still waiting for major improvements.

To counter the growing divide between the community and the police, the state created Maryland’s Commission to Restore Trust in Policing in December 2018, and Governor Larry Hogan signed the bill into law giving the commission subpoena power for investigations. Their first report is expected in December 2019.

“It’s going to take us to stop and look back and see how far does this corruption go? In this case the corruption goes far. Even though those members of the task force have been convicted, the impact of their misdeeds are still being revealed,” said Mr. Muhammad.

The city also faces lawsuits from those who say they were victimized by corrupt cops. It was not immediately clear if anyone connected with the tainted cases is still incarcerated.