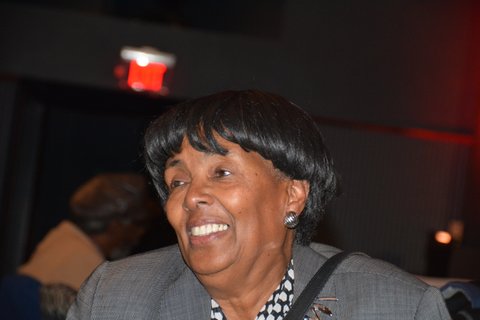 By Barrington M. Salmon
Special to the NNPA from The Washington Informer

WASHINGTON – Professor Ron Walters would have been right at home at a two-day conference marking the official launch of the Ronald W. Walters Leadership & Public Policy Center at Howard University.

Throughout the days and well into the nights of Oct. 9-11, scholars, friends, former students, mentees and admirers of Walters sat in on panel discussions, listened to and participated in scholarly debates, and frank exchanges about issues of concern and importance to African Americans, Africans and others in the Black Diaspora. Conferees from around the country examined public policy issues, politics, race, criminal justice, law, leadership and current events.

The Legacy Conference took place against the backdrop of a partial government shutdown by conservative and Tea Party members of the House Republican Caucus; sustained personal attacks by conservatives and critics of President Barack Obama; voter suppression; an activist Supreme Court that had invalidated a key section of the historic Voting Rights Act; and actions by the conservative wing of the GOP panelists said was designed to turn back the clock.

All of these issues, conferees said, were part and parcel of what Walters tackled head-on, advocated and worked against, explained and taught about.

Walters distinguished himself as an internationally recognized political scientist and activist who left behind a stellar legacy as a scholar, teacher, writer, political activist and researcher when he died in September 2010. Sought after by a wide array of politicians, candidates and organizations, Walters is revered by colleagues, admirers and students as a potent, powerful and persuasive intellectual who never lost the common touch.

Elsie L. Scott said Walters deserves every accolade, honor and recognition because of how he carried himself and for the life he lived.

“He was a modest man. When you’d see him, you wouldn’t know he was a giant of a man,” said Scott, founding director of the Ronald W. Walters Leadership & Public Policy Center. “Newer leaders want to wave their flag to let [people] know they’re there, but he would come into a room and sit to the side. He was honest and principled, and never strayed from his basic beliefs. He didn’t try to get on talk shows. He was always looking for outlets for his work.”

“The guiding principle of his life was to liberate,” she explained.

The Ronald W. Walters Leadership & Public Policy Center was established by Howard University a year ago to serve as an interdisciplinary entity that will preserve Walters’ legacy. It will also serve as a focal point for research, policy discussions, publications, leadership development activities and service at the nexus of African-American engagement in the U.S. political process and American and foreign policy.

During a public forum and roundtable discussion at Howard’s Cramton Auditorium on Thursday evening, Joe Madison, Professor Michael Eric Dyson, April Ryan, and George E. Curry reminisced about Walters, his impact on their lives, his principled political activism, his legacy and the large shadow he cast.

Stephanie Brown Jones, CEO of Vestige Strategies, LLC., moderated the Oct. 10 interactive conversation  and asked a series of questions related to political and social issues that stimulated a vigorous conversation.

“Ron never got pissed off,” said Madison, a commentator, talk show and political activist in reply to a question. “He was too intelligent for that. What he showed was his intellect and the ability to explain complex political situations so that average people could understand him. I compare him to [Harvard Professor Henry Louis ] Skip Gates. He’d clearly let you understand what was happening and what you needed to do about it.”

Madison, known as “The Black Eagle,” used the example of some politicians and commentators equating the Affordable Care Act with the Fugitive Slave Laws.

“If I could pick up the phone, to talk about, this, this foolishness, he’d have gone through history, then ripped them a new [one], showing them that there’s nothing to compare it to. George Will made the statement about the Fugitive Slave Laws but people are only Google search engine deep. He was a class act always.”

“I covered Jesse Jackson’s 1984 campaign and saw Jesse in blue jeans absorbing what Ron told him. He’d ‘Jesse-tize’ it and he was never embarrassed in foreign policy debates,” said Curry, a former Washington correspondent and New York bureau chief for the Chicago Tribune.

Ryan echoed her colleagues’ comments about Walters’ dedication to the Black media.

“I called him before President Obama’s first press conference. There were four or five African Americans there. It was my first time ever asking this president a question so I was going to call him,” said Ryan, a 27-year journalism veteran and White House correspondent for the American Urban Radio Networks. “He never let on that he was ill. He told me to talk about the poverty agenda and jobs issues.”

Dyson spoke of being in awe of Walters’ intellectual prowess.

“He was a public intellectual before there was a term for it,” said Dyson, a Georgetown University professor, ordained Baptist minister and author of 17 books. “We’re talking about the lucidity and clarity with which he controlled that information. He was a scholar’s scholar. He did the spade work – he dug deep. As they would say in the country, he dug deep enough not to suck mud.”

“He was quiet thunder. He had no ego about him and didn’t worry about pride of authorship. He understood the need for information and was constantly engaging in analytical depth and putting it in perspective.”