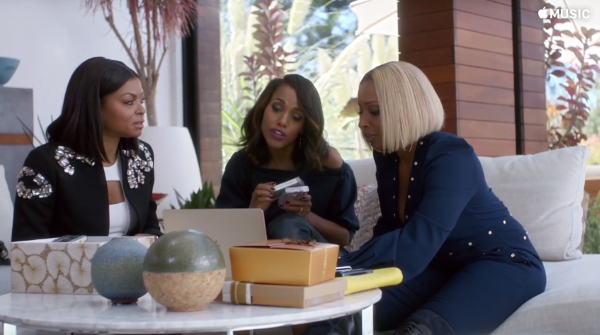 It seems like the glitz, glam and honors given out during the 67th annual Emmy Awards this evening were all put on the back burner, thanks to a dope Apple Music commercial that quickly became a viral sensation and many viewers’ obsession.

Taraji P. Henson, Kerry Washington and Mary J. Blige starred in the spot, directed by Ava DuVernay, which showed the ladies getting together at Mary’s house, and then having a full-on dance party in the living room.