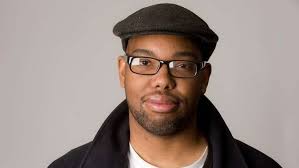 (New Republic) – Twenty years ago, less than two years after I’d received my doctorate in religion from Princeton, I appeared with Cornel West, Derrick Bell, and bell hooks in an illustration accompanying an article in The New Yorker about the rise of a new generation of black public intellectuals. Those were heady times. “A new African American intelligentsia has become part of this country’s cultural landscape,” wrote literary scholar Michael Bérubé. “It’s a development as noticeable as the ascendancy of the New York intellectuals after the Second World War.”

The comparison was apt. Like the New York intellectuals, we had come to prominence as a group, our race a defining feature of identification and struggle in the same way that their Jewishness had supplied inspiration and subject matter. Many New York intellectuals were leftists searching for a Marxist and anti-Stalinist alternative to Soviet communism; many black public intellectuals were also leftists, who grappled with the enchanting, if insular, siege of black nationalism while combating the unheroic ubiquity of  white supremacy.

Both cohorts were decidedly public. The social and literary criticism of such New York intellectuals as Lionel Trilling, Edmund Wilson, Philip Rahv, Alfred Kazin, Mary McCarthy, Daniel Bell, and Irving Howe were published in the pages of political journals like Partisan Review, Dissent, and, before its 1970s ideological migration to the right, Commentary. If Irving Kristol, Sidney Hook, and Norman Podhoretz later pioneered the onset of neoconservatism, black public intellectuals like Thomas Sowell, Walter Williams, and Shelby Steele bypassed progressive politics and embraced the stony irreverence of its black conservative counterpart.

Here’s Why Apple Made the Stylus That Steve Jobs Hated