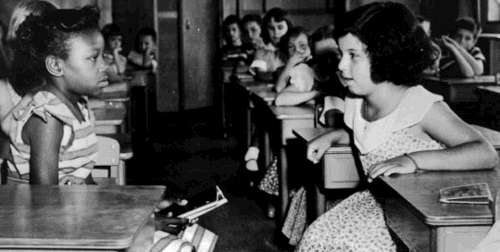 Progress has been made, but the nation has been slipping, according to a new report analyzing government data from UCLA’s Civil Rights Project. And the states where segregation is most prevalent today are not the ones where it reached its boiling point in the 1950s and 1960s.

The Northeast was the only region where, on average, the share of black students in almost completely minority schools has risen since 1968, according to the report titled “Brown at 60: Great Progress, a Long Retreat and an Uncertain Future.” More than half — 51.4 percent — of black students in those states in 2011 were in schools whose student populations were 90 percent to 100 percent minorities. In every other region of the country — the Midwest, West, South and “border” states — black students today are less likely to be in heavily minority schools.

New York is one of the most segregated states for black students. It has the highest rate of black students in high-minority schools and the lowest rate of black exposure to white students. Illinois is second on both measures. Maryland is third when it comes to the share of black students in high-minority schools and fourth-lowest when it comes to black exposure to white students. California, Michigan, New Jersey and Texas also rank highly among the indicators suggesting high rates of segregation among blacks.