Shopping ‘til We Drop
Advertisement 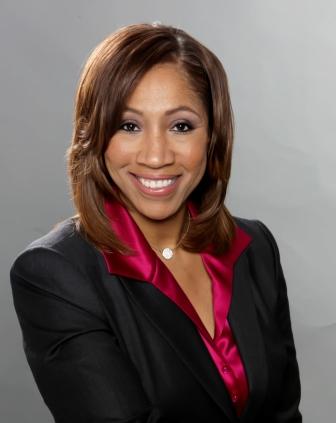 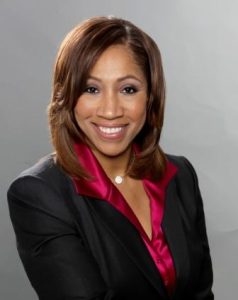 Cheryl Pearson-McNeil is senior vice president of public affairs and government relations for Nielsen. For more information and studies go to http://www.nielsenwire.com.

I have a black belt in retail therapy, so I was thrilled when I first saw Nielsen’s new in-depth report, Brick by Brick: the State of the Shopping Center, because it confirms two very important things:  our economy is growing stronger because jobs are being created and money is being spent; and as consumers, we are stronger than ever.

You’ve probably heard the line, “If you build it, they will come,” from the movie “Field of Dreams.” Well, that is happening all around us, no matter where you live.  We consumers don’t just shop.  We want a multi-faceted experience to play, eat, be entertained and engaged – and that’s what’s available to us.  No matter where you live in the country, shopping centers – be they sprawling outdoor malls and shopping plazas, enclosed complexes, super centers, lifestyle centers, mega entertainment centers, value retail centers (outlet malls) or intimate neighborhood centers – are expanding or shrinking according to what the consumers they serve need and want. Businesses want our hard-earned dollars, the competition is always on to do it better; to give us what we want; to meet our every need.

Nielsen’s shopping center study reports that the number of large shopping centers has jumped 65 percent over the last five years.  This translates well for employment.  According to both the Department of Labor and the International Council of Shopping Centers (ICSC), the U.S. shopping center retail sector added 33,000 jobs in April.  That accounts for one-fifth of the total jobs added that month.  Labor Department figures show the industry has bounced back from its recessionary low in December 2009, recovering more than half a million jobs since that time.  Between April of last year and April 2013, 213,000 of those jobs were filled.  This means retail now employs 12.5 million people, which makes up 9.3 percent of all payroll employment.   Additionally, the restaurants and bars that are part of the shopping centers generated another 38,000 new jobs.

According to the Nielsen Restaurant Growth Index (RGI) that tracks restaurant openings and sales, there were 47,161 new restaurant openings in 2012.  Many of those restaurants are located in Lifestyle Shopping Centers. More jobs mean there’s more money to spend.  Total shopping center sales for 2012 were more than $2.4 trillion, an increase of 2.8 percent over 2011.

There’s good news, too, for the smaller guys – those neighborhood centers or community centers that we all love, where we do our quick grocery store runs, dry cleaning or grab our morning coffee.  Their numbers have remained constant.  However, those small shopping centers that are anchored by a convenience store are growing because convenience stores (c-stores) are increasing even faster than the overall market, up 4.9 percent over the last year compared to 3.7 percent for the overall market.

The picture is not so rosy for everyone, however. We all had our favorite specialty stores that either no longer exist or have closed locations as a result of the past recession and changing consumer tastes.  An example is the Disney Store, which has closed one-third of its stores since 2008. Borders bookstore, also closed its doors and I openly wept because it was a place that no matter how old he got, my son and I could still agree that Borders was one of our favorite places, (and one of the rare places during his early teen years where he was not embarrassed to be seen with me).

Sometimes, we let our fingers and plastic do the walking and shop on our computers, tablets or phones instead of heading out to the physical stores. Nielsen’s shopping report shows that although e-commerce is growing, representing 5.4 percent of retail sales in the last quarter of 2012, consumers still spend most of their money at brick and mortar locations.  (Makes sense, because as convenient as online shopping can be, we still like to touch, compare, try on and have an “experience” in the actual stores).  The report also reveals that affluent suburban families are more than twice as likely to shop online as the average American household, spending about $200 online a year and that e-commerce will continue to grow over the next five years.  Although e-commerce can be a double-edged sword for retailers, it’s projected that it is going to work particularly well for those establishments that take advantage of promotions both online and in their stores.

Look at what we’ve done.  Again, our consumer preferences have re-shaped another entire industry.  That’s why our consumer choices and behaviors are so important.  That kind of power is heady stuff.

Cheryl Pearson-McNeil is senior vice president of public affairs and government relations for Nielsen. For more information and studies go to http://www.nielsenwire.com.

What it Means to be an American