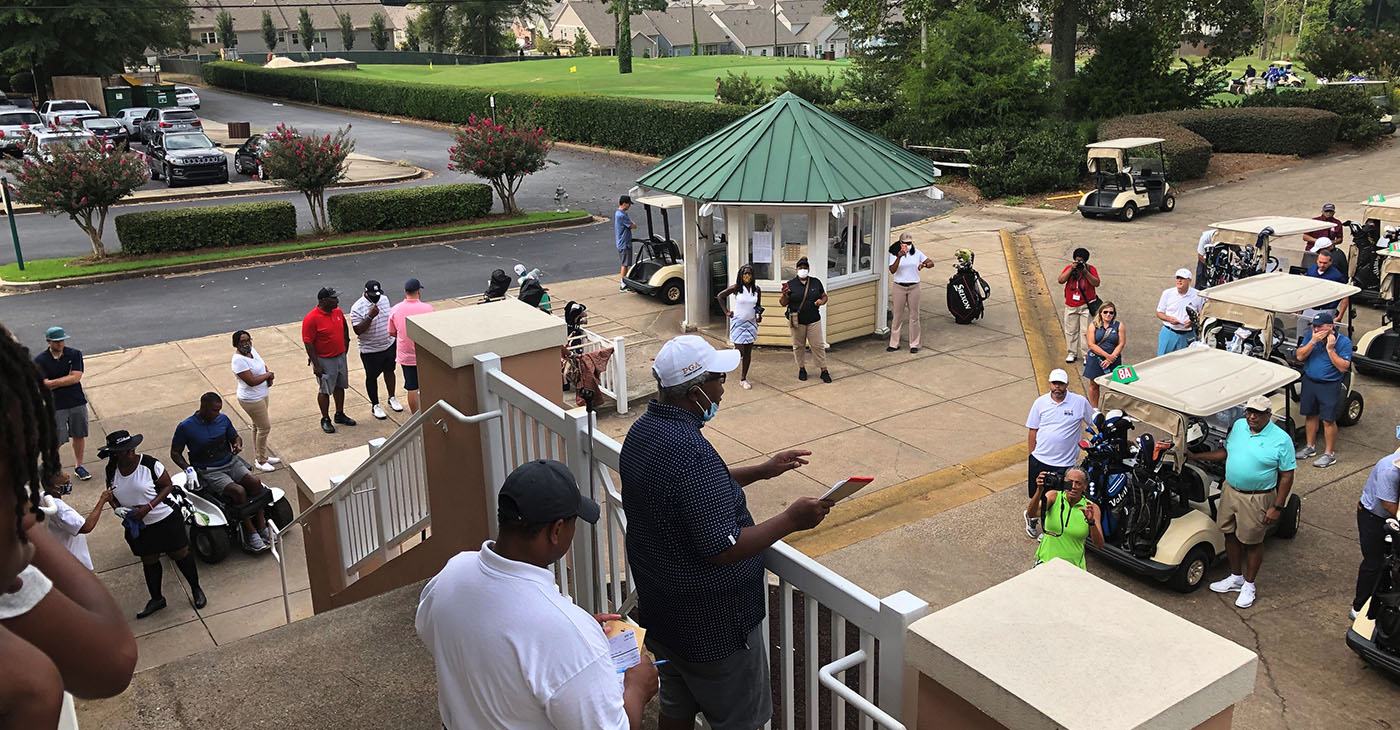 Since 1968, Louisville Tourism’s primary goal has been to enhance the area’s economy through tourism development - to promote and sell Louisville as a world-class destination.

Louisville, KY – As Louisville continues to play on the national sports stage, the city recently scored an ace by winning the opportunity to host the African American Golf Expo & Forum (AAGEF) slated for August 25-30, 2023. Louisville will be just the third city to host an estimated 1,000 attendees coming in for the week-long event featuring a golf scramble, golf education sessions, networking events and professional job opportunities in the golf industry – all while exploring Louisville’s destination highlights.

The primary goal of this expo and forum is to cultivate an interest in golf as a sport, along with bringing industry networking, golf business and career opportunities to the typically underserved African American demographic. The show will feature youth clinics, golf exhibits and an expo tradeshow with educational sessions about the sport and business opportunities for African Americans and minority businesses to gain exposure in the $84 billion dollar industry. A key component of the tradeshow will be workforce development through educational sessions and networking focusing on jobs and internships in the golf industry ranging from golf course oversight and turf management to business and marketing opportunities in a career field that’s historically been inaccessible for much of the African American population.

Louisville was awarded this hosting opportunity through the persistence of the Black Tourism Advisory Council (BTAC) member R. Shawn Summerville, Louisville Tourism and the Louisville Sports Commission. Summerville serves on the council and has a leadership role with the local African American Amateur Golfers’ Association (3AGA) – which strives to be a leader in the amateur golf experiences while introducing Louisville’s underserved communities to the industry of golf with the mission of ‘Building Bridges One Round at a Time.’

BTAC was formed in 2020 and is headed by Louisville Tourism President & CEO Cleo Battle to drive intentional inclusivity in the hospitality industry by identifying areas for improvement to attract a diverse mix of convention groups and leisure travelers to the city.

“In November 2020, representatives from 3AGA reached out to us to discuss the opportunity for Louisville to host the AAGEF,” said Louisville Sports Commission President & CEO Karl F. Schmitt Jr. “Working with our partners, it is rewarding to see how quickly we were able to successfully secure this event for Louisville.”

“I have been involved in many site selections and community projects nationally in my career. The persistence, leadership and intentionality of the groups involved in this recruitment process is unparalleled,” said Beatty. “The group was so persuasive that I am adding an additional day for tours to take advantage of the historical, cultural and community assets of Louisville. I will be working closely with all parties to ensure maximum local and national exposure,” he said.

Summerville added, “I am honored to be a part of forward-thinking organizations like the BTAC, JBGV and the 3AGA. We are excited to diversify Louisville’s economy and encourage community renewal and reinvestment. This is more than a golf exhibition – it’s a robust strategy to intentionally expose and empower minority businesses socially and economically to a sports environment that they may not connect with otherwise. Likewise, visitors and world travelers will come to know the true essence of humility and perseverance that resides in the home of The Greatest, Muhammad Ali.”

Said Battle, “we are eagerly anticipating the arrival of AAGEF and plan to take every opportunity to showcase the best our city has to offer, giving these guests many reasons to return to Louisville. Not only does this event represent a financial economic impact to Louisville, but it also gives us a platform from which to inspire African American travel to our city as we strive to increase annual visitation by Black travelers beyond the current 11% annually. Creating and identifying this type of tourism opportunity is one of the primary reasons BTAC was formed and winning this competitive bid shows we’re on the right track with our diversified and intentional outreach to court minority-focused groups and events.”

Additionally, event organizers anticipate partnering with local community organizations with a pledge by Jim Beatty Golf Ventures that 25% of funds raised in Louisville will be reinvested in the community. The AAGEF is open to the public and information on the 2022 event will be posted on https://aagolfexpo.com with additional updates on the 2023 event coming soon.

Since 1968, Louisville Tourism’s primary goal has been to enhance the area’s economy through tourism development – to promote and sell Louisville as a world-class destination. Prior to the pandemic, Tourism was the third largest industry in Louisville hosting 19 million visitors in 2019.  This peak of visitation had been generating an estimated economic impact of $3.4 billion which supported 70,000 local tourism-related jobs.

Black America deserves its fair share of the American Dream: