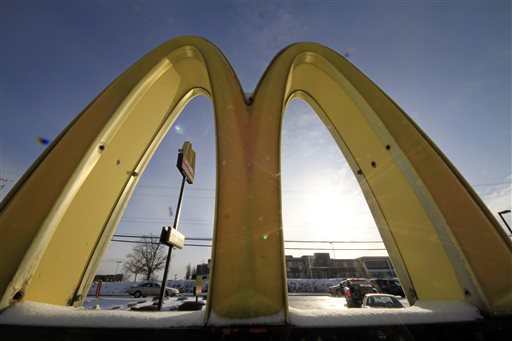 (USA Today) – Labor advocates are claiming a big victory after a federal agency said Tuesday that McDonald’s central, corporate operations can be lumped in with its thousands of franchises for liability purposes.

The world’s largest fast-food chain promises to fight a National Labor Relations Board decision that it says “changes the rules for thousands of small businesses.”

“HUGE victory for labor & fast food workers!” tweeted the Service Employees International Union. The union was responding to news as relayed in a The New York Times report that McDonald’s corporate apparatus must address workers’ complaints that they were fired or disciplined for participating in protests calling for higher wages.

U.S. Chamber of Commerce spokesman Randy Johnson says in a news release the NLRB move “upends existing law and is part of a larger agenda at the NLRB to overturn the joint-employer standard.”