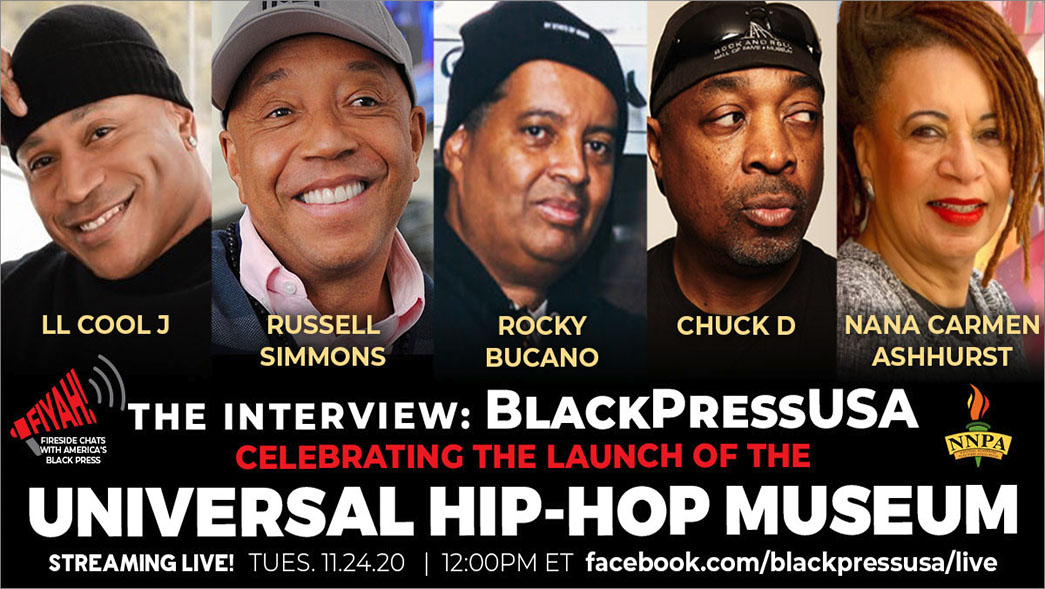 “At the Universal Hip Hop Museum, we are curating artifacts and stories to tell the full truth of hip-hop, ensuring that we, the hip-hop community tell the history.” 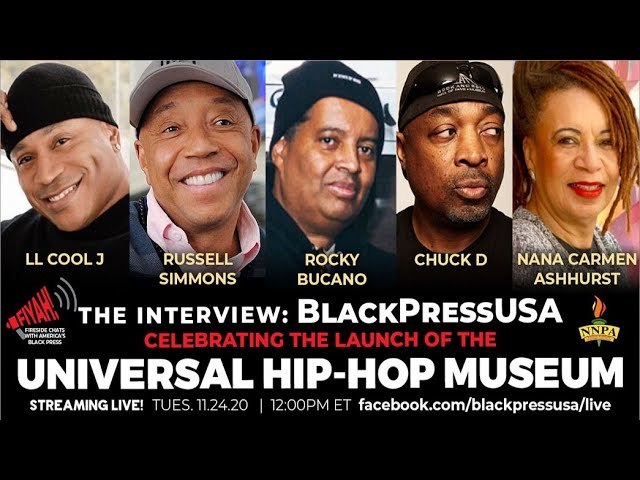 Officials promise that patrons will receive thorough analysis and an untainted view of the culture’s past by using leading-edge virtual and augmented reality technologies for an immersive online and offline experience not found anywhere else.

Two of hip hop’s legends – and two legendary rap executives – joined Black Press USA on a livestream to discuss the forthcoming museum that celebrates and preserves the history of local and global hip hop music and culture.

Each discussed the fledgling 50,000-square-foot structure that will grace the Bronx, New York.

“I’m just happy to be supportive of this museum, and it’s definitely needed. Our culture needs it,” stated LL Cool J, arguably the greatest hip hop artist of all time who also stars in the hit television show NCIS and runs the Rock the Bells Radio Station on SiriusXM.

“The reality is, this is something we need desperately need 200, 300, even 400 years from now,” continued LL Cool J, whose real name is James Todd Smith.

“We have to control our own narrative. This is not a popularity contest. It’s about people like Rocky and Carmen, who put in the work.

“They need to be recognized and need to get that respect. Rock the Bells Radio serves the purpose that the Universal Hip Hop Museum serves. It serves our culture.

“I recently saw a cover of Rolling Stone that featured Paul McCartney and Taylor Swift together. I want to see Chuck D on the cover with Meg Thee Stallion.”

For Chuck D, who has traveled the world with Public Enemy and other artists and runs Enemy Radio, being a part of the Universal Hip Hop Museum is all about being attentive to the culture.

“I pay attention to and learn from people who lay the groundwork,” proclaimed Public Enemy’s front man, whose real name is Carlton Douglas Ridenhour.

“With Nana Carmen being president of Def Jam, and following her lead, that’s the way of the future,” Chuck further explained.

“I trusted Kamala Harris with my vote, not an 80-year-old president. I’m a floor general. You have to have that final narrative of what you do. When you understand art forms, having that conversation and the final word is what it’s all about.”

Chuck added that the Black Press, with Dr. Chavis taking the lead, counts as essential a role as any in telling the story of hip hop.

“I had a stack of things to do today,” Chuck remarked. “But they told me it was Stacy Brown and Dr. Chavis – I’ve got to get on the line with my people.”

Perhaps best remembered as the first and only women president in the history of Def Jam Records, Ashhurst helped grow the Russell Simmons-founded label from nine to more than 141 employees.

She also helped expand Def Jam to include offices in London, Los Angeles, and New York.

“It is important that the history and culture of hip-hop be told by those who created it, lived it, and continue to change the course of popular culture throughout the world,” Ashhurst remarked.

“At the Universal Hip Hop Museum, we are curating artifacts and stories to tell the full truth of hip-hop, ensuring that we, the hip-hop community tell the history.”

Bucano chimed in that he’s delighted to have Ashhurst as chairwoman.

“She is the best and most qualified to serve in this capacity. Her strong leadership skills and philanthropic experience are just what the museum needs as we prepare to break ground,” Bucano said, adding that he’s also grateful to hip hop legend Kurtis Blow, who serves as chair emeritus for the museum.

OP-ED: All Eyes on Georgia