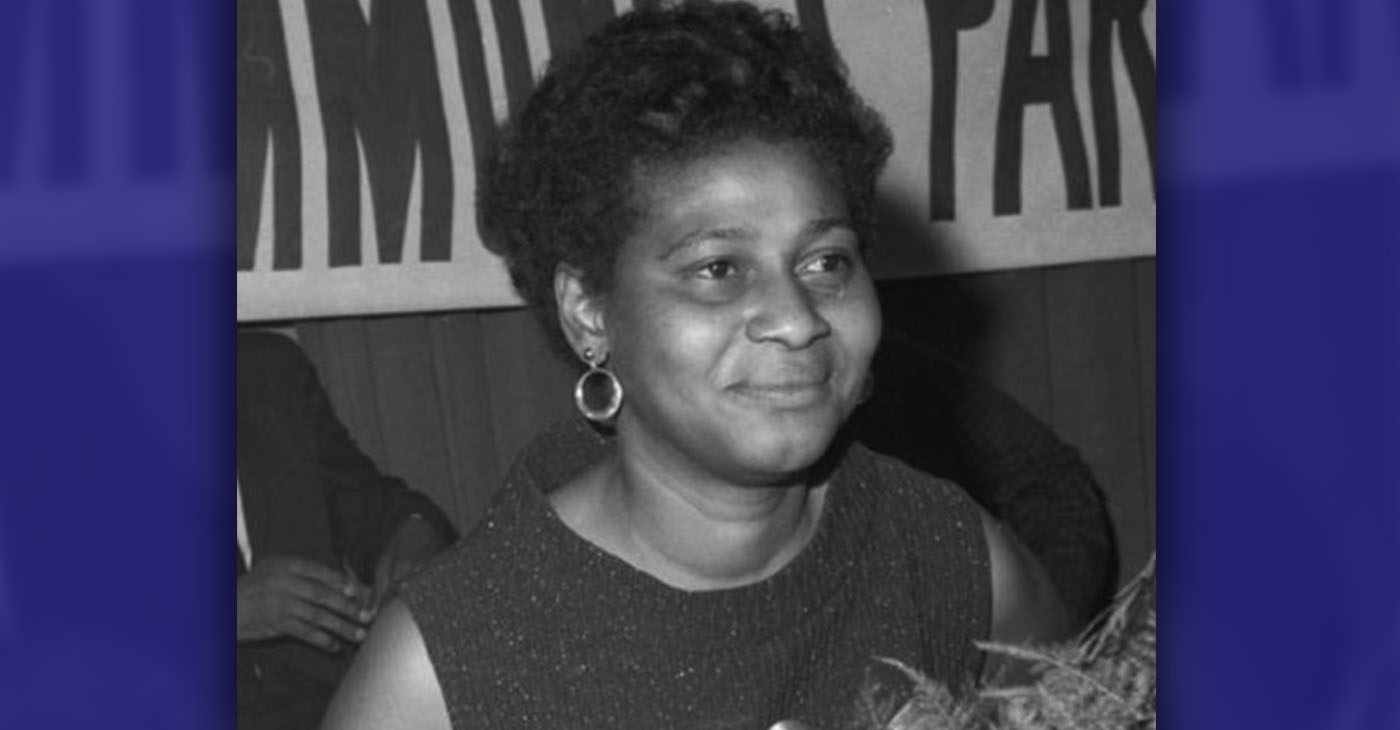 I will always remember the loving smile on Charlene’s face and that unforgettable twinkle of solidarity in her eyes whenever she discussed and planned how to organize and to win victories over peoples’ oppression.

All people throughout the world ultimately benefit from the singular and collective sacrifices of a few monumental and courageous freedom fighters who have dared to speak out, stand up, and act valiantly on behalf of the universal cause of freedom, justice and equality. In the course of human history, I have been privileged personally over the past 75 years to meet and to work with some of those global “freedom fighters.”

Charlene Alexander Mitchell (1930-2022) was an admired courageous international freedom fighter. On behalf of the Wilmington Ten and all political prisoners in America, we humbly and solemnly pause to render a memorial tribute to our beloved Sister Queen Mother Freedom Fighter, Charlene A. Mitchell.

From being born in Cincinnati, Ohio on June 8, 1930, to moving to Chicago where at the young activist age of 16, Charlene joined the CPUSA, and then she went on to reside in the heart of Harlem, New York where for over 60 years she effectively led hundreds of grassroots, national, and international campaigns for freedom and equal justice.

Charlene Mitchell passed away on December 14, 2022, in New York. I know that her legacy and ideals, however, will live on for many future generations to come.

In addition to the support and leadership of the United Church of Christ Commission for Racial Justice and the Wilmington Ten Defense Committee, it was in fact the gallant leadership and global mobilization efforts of Charlene Mitchell, Angela Davis and many others in the NAARPR that helped to free the Wilmington Ten, Charlotte Three, Joann Little, and so many other political prisoners throughout the United States in the 1970s and 1980s.

In the early 1980s during a video filmed dialogue between James Baldwin and me at Dooky Chase restaurant in New Orleans that focused on Black American oppression and liberation, I recalled that Baldwin affirmatively asserted that, “There is no question in my mind that Charlene Mitchell remains the Joan of Arc of Harlem because she dares to utter unspeakable truth to power.”

But I also witnessed the personal side that intersected with the extraordinary ideological and organizing genius that Charlene Mitchell embodied 24/7. She was a devoted and caring mother to her son, Steven Mitchell, who also became a labor organizer and representative.

My mother, Mrs. Elisabeth R. Chavis, and the mother of Angela Davis, Mrs. Sallye B. Davis, and Charlene Mitchell would find quality time together, even while traveling from city to city to free other political prisoners, to talk about the importance of family in our long-protracted struggle for freedom in America and throughout the world.

I will always remember the loving smile on Charlene’s face and that unforgettable twinkle of solidarity in her eyes whenever she discussed and planned how to organize and to win victories over peoples’ oppression.

How should we say thank you adequately to leaders and freedom fighters who have passed away? We all should keep fighting for freedom and hold dear to the passion and principles that they lived by and represented. Long live the spirit, love, memory and legacy of Charlene Alexander Mitchell. Rest in Power and in Peace (R.I.P). God bless.

Dr. Benjamin F. Chavis, Jr. is President and CEO of the National Newspaper Publishers Association (NNPA) and Executive Producer/Host of The Chavis Chronicles on PBS TV stations throughout the United States. He can be reached at dr.bchavis@nnpa.org

December 22 | Our Culture, Our World | The Conversations with Al McFarlane