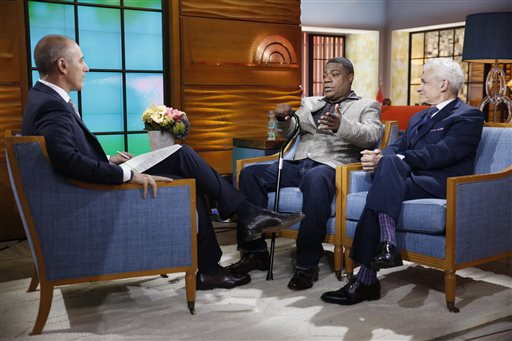 (Reuters) – An emotional Tracy Morgan, fighting back tears in his first interviews since he was injured in a crash with a Wal-Mart truck that killed his friend a year ago, vowed to return to comedy on Monday but said he wonders whether he can be funny again.

The comedian, who starred in the television show “30 Rock” and the late night comedy sketch “Saturday Night Live,” held a cane and was accompanied by his lawyer as he was interviewed on NBC’s “Today” program.

“I love comedy and I can’t wait to get back to it. But right now my goal is just to heal and get better because I’m not 100 percent yet,” Morgan said. “And when I’m there, you’ll know it. I’ll get back to making you laugh, I promise you.”

In an additional interview aired later on “NBC Nightly News,” he said he has good days and bad days and is fearful about the future.