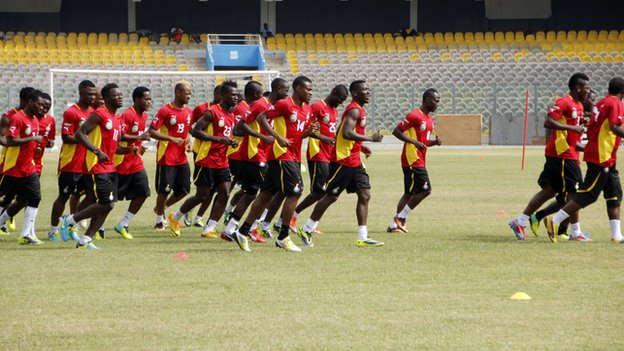 The two-legged tie has the makings of a classic with the Black Stars aware that they face a might battle against the continent’s football’s form team for the right to reach next year’s finals in Brazil.

Egypt are the only African side with a 100% record in qualifying.

And it also unclear whether the second leg will be held in Cairo, with Fifa asking Egypt for security guarantees before the 19 November game.

That is in response to Ghana’s request for the match to be switched from the Egyptian capital because of safety fears as the country continues to suffer from political unrest and outbreaks of violence following the ousting of President Morsi.