Blatter: FIFA Must Do More Against Racism
Advertisement 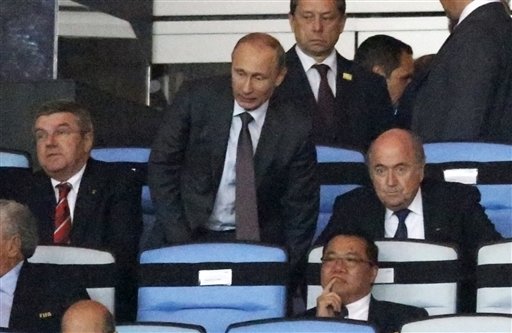 Blatter says “I am not at all happy with the way we fought against racism.”

The FIFA president says he spoke with Russia’s President Vladimir Putin at Sunday’s final about making the issue a priority at the 2018 World Cup there.

Blatter and Brazil state President Dilma Rousseff had said this World Cup would take a stand against discrimination.