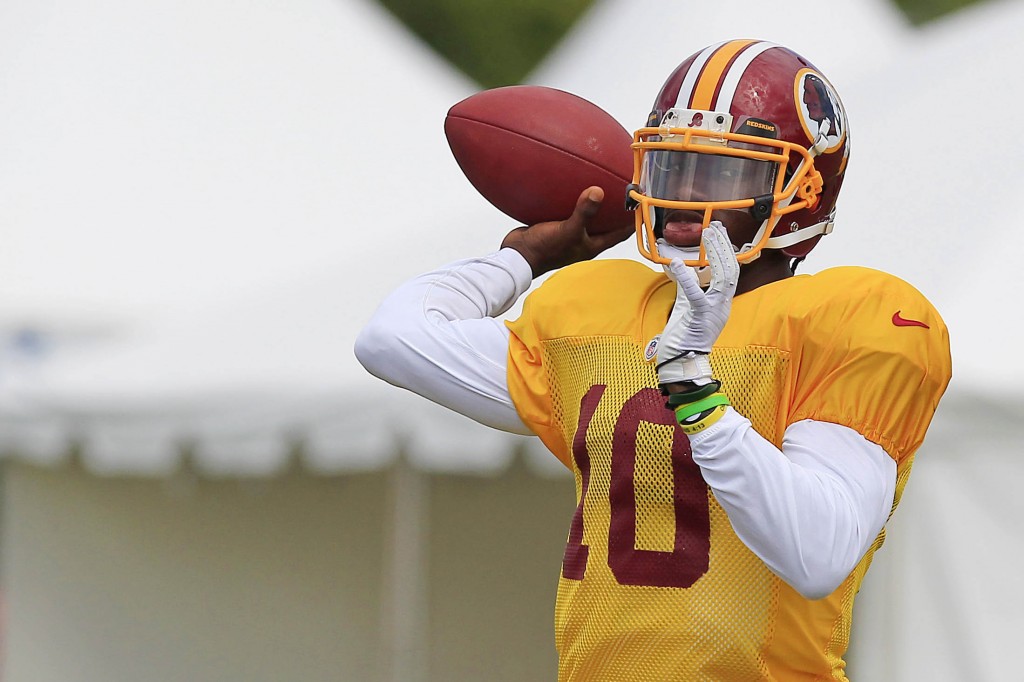 Robert Griffin III wants no part of Donovan McNabb’s continued advice, telling GQ “it’s probably best that we don’t talk.” That’s an applaudable decision from the young star, seeing as how taking advice from a quarterback whose Redskins career was less successful than Heath Shuler’s may not be prudent.

But Donovan McNabb isn’t having any of that — he has  advice to give and, darn it, RG3 needs to listen, especially if he ever wants to lose four NFC championship games in his career before getting run out of three separate NFL cities. McNabb spoke during an NBC Sports radio show on Tuesday that Comcast SportsNet helpfully posted on its website. McNabb’s quotes are bolded.

“I’m just trying to help him.”

Even Joan of Arc is all, “hey, cool it with the martyr complex, Donovan.”

“Clearly the young generation, think they have all the answers.”