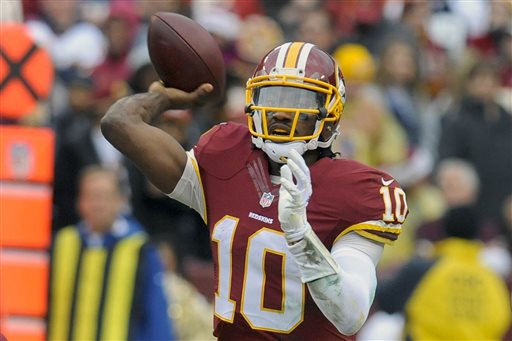 (USA Today) – Robert Griffin III couldn’t help himself. In an interview with Washington’s ABC TV affiliate, Griffin stated he believed he was the best quarterback on his team –and in the NFL. Sure. Whatever. This is a guy who was benched in 2014 in favor of his team’s second and third string quarterbacks.

The statement itself isn’t all that concerning. What’s a starting quarterback in the NFL supposed to say? After giving it some thought, I’m probably the 23rd best quarterback in the NFL. Yes, my team could do better than me but the franchise is a dumpster fire and they picked up my option for 2016.

Griffin’s confidence isn’t the issue. He’s never hurt for confidence. There’s nothing wrong with him believing the statement either. What you’d hope is that going into his fourth NFL preseason, he’d learn to keep his self-affirmation within. You’d hope that he’d find it within himself to reduce his self-adulation to a dull whisper. You’d hope that this would be the year he didn’t have to tell people he was the best because they could simply see it.

Graphite Against a Sharp White Background