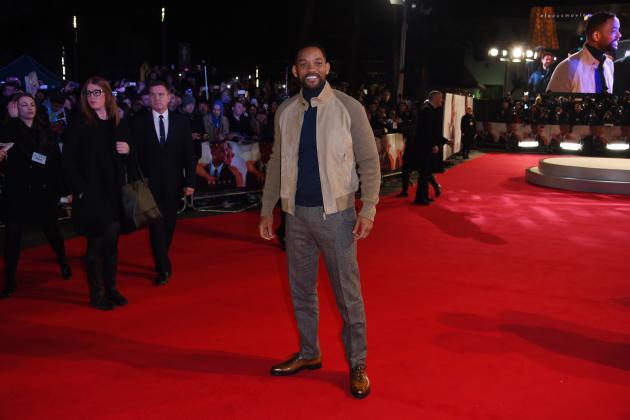 (BleacherReport.com) — The first footage of the movie that promises to bring the NFL‘s concussion controversy to the mainstream has arrived. Peter King of MMQB was provided with the first exclusive trailer for Concussion, which stars Will Smith as Dr. Bennet Omalu, the neuropathologist who is at the forefront of CTE research:

In my column today is the exclusive trailer for @ConcussionMovie, starring Will Smith. http://t.co/niEkvJd1aK https://t.co/mVKMUm4rNy

The film’s trailer depicts Smith portraying the difficulty Dr. Omalu had in having his research taken seriously and the NFL’s efforts to keep the dangers of repetitive head trauma quiet. Concussion will release Dec. 25 and is based on a 2009 GQ article by Jeanne Marie Laskas.