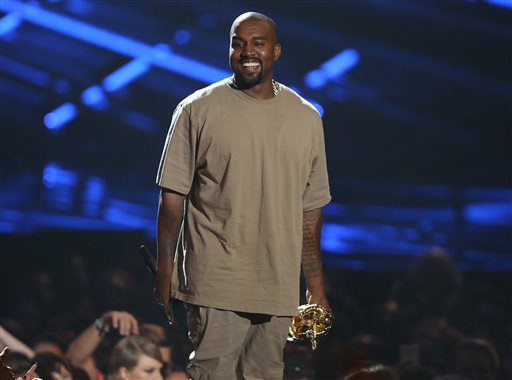 Nicki Minaj accepts the award for hip-hop video of the year for Anaconda at the MTV Video Music Awards at the Microsoft Theater on Sunday, Aug. 30, 2015, in Los Angeles. (Photo by Matt Sayles/Invision/AP)

LOS ANGELES (NPR) — In case you didn’t stay up late to watch the MTV Video Music Awards, there are really only two moments that matter.

They’ll be the talk of the water cooler today, so you might as well take a look. Here are the two moments that matter:

1. After receiving the Video Vanguard award, the rapper Kanye West delivered a 13-minute soliloquy in which he sorta, kinda apologized for his past behavior and then he got ahead of the news cycle by announcing he’s running for president in 2020.