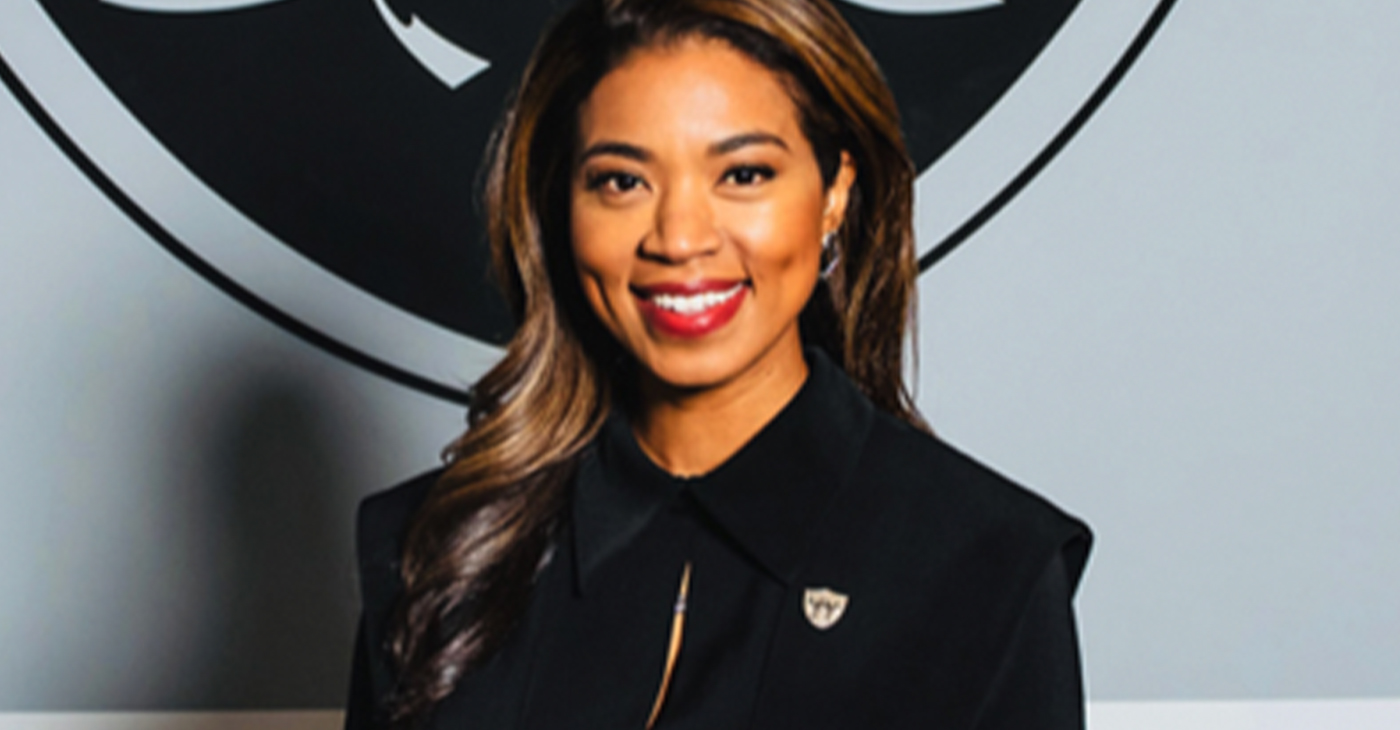 I confess to being a Raiders fan from a very early age.

Even though I was born and raised in San Francisco, as a young boy I cheered Clem Daniels at Frank Youell Field. Old School. Then Daryl Lamonica. Then Kenny Stabler. Warren Wells. Gene Upshaw. Hewritt Dixon. George Atkinson. George Blanda. I loved them all. When they left Oakland the first time, they broke my heart. When they came back, I bought season tickets and broke my bank. And then they left again and broke my heart for good.

I started rooting for the 49ers. I know, blasphemy.

But I always keep an eye on the Las Vegas Raiders. And on July 7, 2022, when they announced a new president, I took a double take.

She looked like a Filipina. To me, she clearly had some Asian blood.

But then they announced her, Sandra Douglas Morgan, and all the stories had some variation of this line: “Morgan becomes the first Black woman in NFL history to ascend to the title of team president.”

Almost every story I found heralded her Blackness. Hooray.

Only it was partially true. From what I found, only NBC News with California homeboy Lester Holt had the story with all the facts.

Morgan was Black. But as my Asian radar suggested, she was also Asian. Not Filipino, but Korean. NBC showed a picture of her mother.

We’ve been here before.

When something great happens to a mixed-race person, why do we ignore the mix?

The Raiders in Las Vegas are trying so hard to be modern and “progressive” (for the NFL). You’ll recall the team gave Colin Kaepernick a tryout.

So why doesn’t a forward-thinking team in Las Vegas, one of the most diverse cities in the nation, just come out and announce that Morgan is both Black and Asian?

Is it because we don’t want to see the Asian parts? Is it the wrong suit in a game where Black trumps?

As I’ve said, we’ve been here before. Kamala Harris is from the East Bay. Her Black father was mostly absent from her life, and her mother, an Asian-Indian UC cancer researcher, was dominant in her upbringing. Still, Harris publicly identified as Black most of her life.

Through her time as a politico in San Francisco, to her rise as attorney general for the state, to her announcement in Oakland seeking the nomination for president, Harris was always Black first. I always noticed. And wrote about it in the Asian American media.

When did things change? When she was selected as the vice-presidential running mate of Joe Biden. And then, of course, when they won and were inaugurated.

It was American diversity history. Reporters stumbled over how to get it right.

And now, because human nature is what it is, most people have stumbled back to convention. Kamala? Oh, she’s Black.

But it’s not just Kamala. Tiger Woods has always had this problem. When he came on the scene with his first Masters victory in 1997, stories hailed him as the “Black man in a green jacket,” or “the Black man in a white man’s game.”

The column I wrote, published later in my book “Amok,” pointed out calling Tiger “Black” is once again, just half right. His mom is from Thailand. Tiger described his mix as “Cablanasian.” That made people smile but never stuck.

And now as he slumps back from missing the cut at the British Open, Tiger is back to Black.

Why is this all important? There’s accuracy of course, but it shows we have never been comfortable with mixed-race kids and what to call them. But since 2010, the multiracial population has grown from 9 million to 33.8 million people, a 276% increase according to the 2020 Census.

I know mixed-race kids. I made a few of them. I prefer they say they are Asian because they are. But their mom is white. But that doesn’t show. They get passed over and face both subtle and not so subtle discrimination all the time.

The Jewish faith offers a guide. It believes that what defines you passes by way of your mother. Hence Kamala, Tiger, and yes Saundra Douglas Morgan would be Asian.

But in America, the Census uses a “you are what you say you are” basis. Is it just easier to say Black and leave it at that? And ignore Asian? Maybe until someone points it out.

Here’s a vote for being accurate and fair. When Saundra Douglas Morgan made history, we all should honor our diverse America where we can be Black and Asian and anything else. Proudly.

Especially when we make history together.

Emil Guillermo is a veteran journalist and commentator. His work is on http://www.amok.com