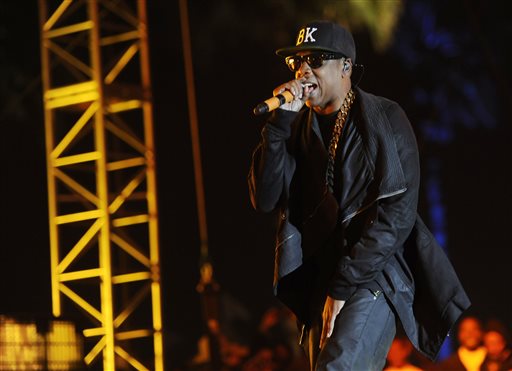 This April 12, 2014 file photo shows Jay Z at the 2014 Coachella Music and Arts Festival in Indio, Calif. Beyoncé and Jay Z lead in nominations for the BET Awards. The network announced Wednesday that the performers are both nominated for five awards, along with Drake. Pharrell and rising performer August Alsina have four nominations. The BET Awards will air live on June 29 from the Nokia Theatre L.A. Live. (Photo by Chris Pizzello/Invision/AP, File)

NEW YORK (AP) — Beyonce and Jay Z are making headlines for another reason this week: They lead in nominations at the BET Awards.

The network announced Wednesday the performers are nominated for five awards each, along with Drake. Pharrell and rising performer August Alsina each has four nominations.

Beyonce will compete twice for video of the year with the songs “Partition” and “Drunk in Love,” which features Jay Z. Her competition includes Pharrell’s “Happy,” Drake’s “Worst Behavior” and Chris Brown’s “Fine China.”