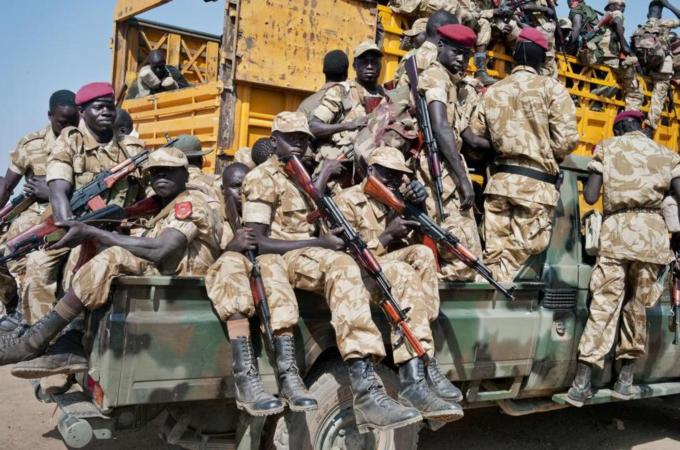 Despite the spike in fighting the international community is “reluctant to take bold steps toward addressing repeated atrocities,” Michelle Kagari, deputy director with Amnesty International, said in a statement.

Aid groups have recently pulled out of battle zones, leaving thousands of people in need as rebel forces fight for control of the country’s crucial oil fields. South Sudan depends heavily on its oil exports to keep the government running and the military’s latest assault is widely seen as an attempt to secure all the oil fields and get them running. But the rebels are fighting back, leaving thousands of civilians caught in the crossfire.

Rebel forces on Wednesday said they were poised to take the oil hub of Paloch in Upper Nile state, but the military said it repulsed the attack.

In its report Thursday, Amnesty International cited the account of women, including a mother of three who recalled being raped by one fighter while another pointed a gun at her.

It was not immediately possible to get a comment from South Sudan’s military, which routinely denies such charges.

The alleged rights violations are taking place in areas where there are few independent monitors, with the regional mediating group known as IGAD saying last week its officials were prevented from monitoring the fighting near Bentiu, Unity state’s capital.

The United Nations on Thursday said heavy fighting resumed in the morning around the town of Melut in Upper Nile state, where four civilians, including a woman and a child, were killed on Tuesday when two mortar bombs exploded inside a U.N. compound.

“It remains unclear who is in control of the town,” the deputy spokesman for the U.N. secretary-general, Farhan Haq, told reporters. He said seven displaced civilians have so far been killed in the crossfire. Some 20,000 people who had been sheltering outside the U.N. base there have scattered, he said.

France Cracks Down on Food Waste by Supermarkets