Where are the Books? Libraries Under Fire as They Shift from Print to Digital
Advertisement 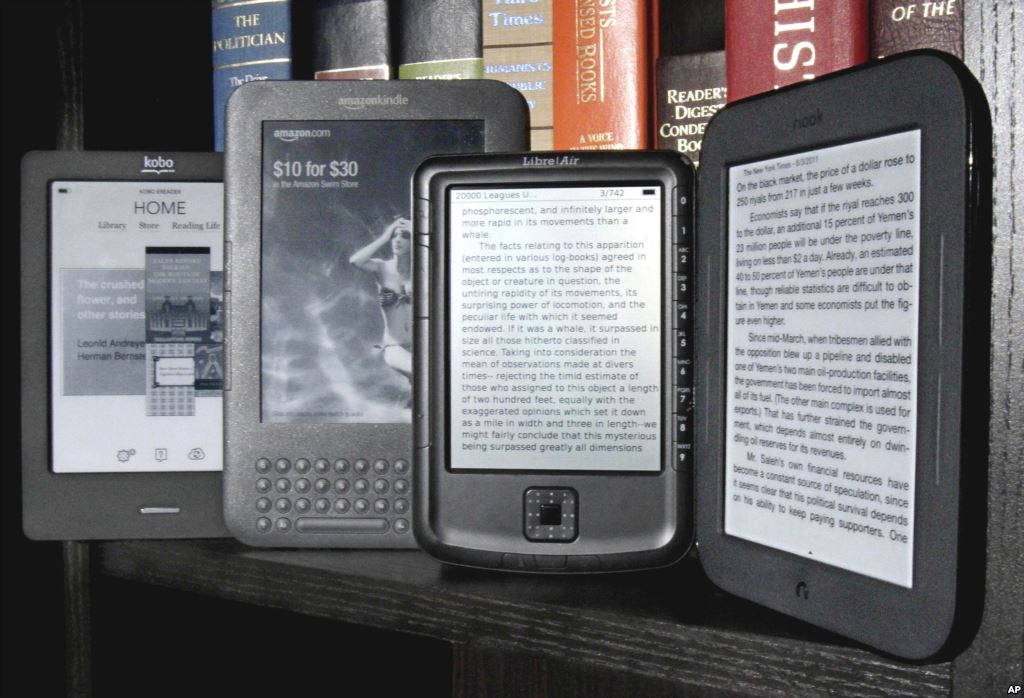 The Kobo eReader Touch, an Amazon Kindle, an Aluratek Libre Air, and a Barnes & Noble Nook, left to right, are displayed in this photo, in New York, Tuesday, June 14, 2011. (AP Photo/Richard Drew)

(The Washington Post) – The hallmark of public libraries — the printed book, bound by covers and centuries of page-turning — is being shoved aside by digital doppelgangers.

Around the country, libraries are slashing their print collections in favor of e-books, prompting battles between library systems and print purists, including not only the pre-pixel generation but digital natives who represent a sizable portion of the 1.5 billion library visits a year and prefer print for serious reading.

Some of the clashes have been heated. In New York, protesters outside the city’s main branch have shouted: “Save the stacks! Save the stacks!” In Northern Virginia, the Fairfax County library system chief recently mused that the Friends of the Library were no longer friends — a feud fueled by outrage over a print collection that has shrunk by more than 300,000 books since 2009. The drop in the District is even more dramatic: Nearly 1 million books have vanished since 2009.

“To say Gutenberg’s days are over is a terrible mistake,” said Dennis Hays, a former U.S. ambassador and chairman of Fairfax Library Advocates, a group of residents at war with library officials. “Nothing can take the place of a book.”

What’s Next for Windows Phone?