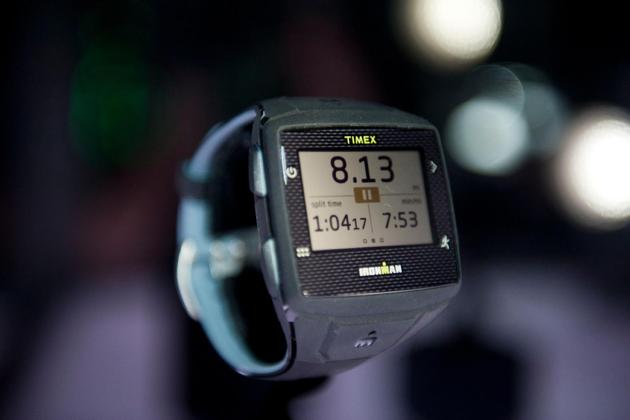 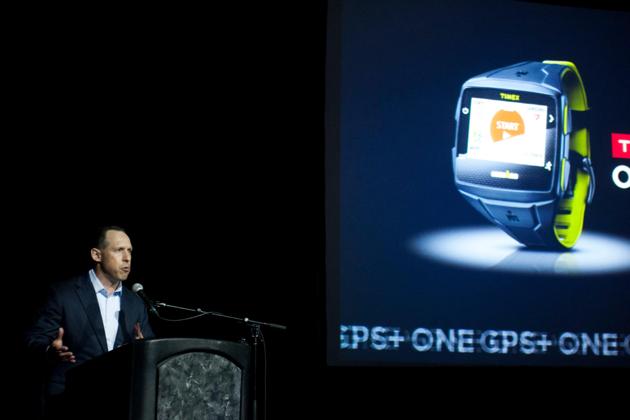 Glenn Lurie, President of Emerging Enterprises and Partnerships for AT&T, addresses the audience at the TIMEX IRONMAN ONE GPS+ launch reception at The Depot on Wednesday, Aug. 6, 2014 in Salt Lake City. (Photo by Grant Hindsley/Invision for Timex/AP Images)

NEW YORK (USA Today) — All the early smartwatches generating buzz (if not a lot of sales) come not from traditional watch brands but rather tech companies: Samsung, Sony, Google, LG, Motorola, Pebble and — if longstanding rumors bear fruit — Apple.

Now an actual watch company is taking aim. Timex on Wednesday announces that it will be delivering the Ironman One GPS+ smartwatch in the fall. The venerable 160-year-old watchmaker is teaming up with AT&T and Qualcomm on a “connected” version of the Ironman GPS series that Timex sells to fitness buffs.

The upcoming Timex smartwatch is primarily targeted at runners. It has built-in GPS to track your speed, distance, pace and other workout details. But other GPS watches could do that. What sets this one apart is that you can use it untethered, without a companion smartphone.

Granted, most of us carry our phones everywhere we go, but for runners the ability to leave the handset behind is possibly motivating.

World’s First Family Robot Will Be Available in 2015