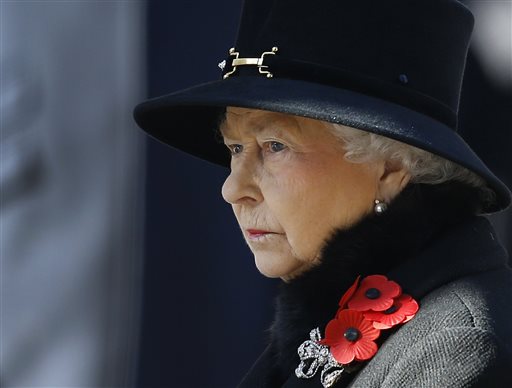 In this Nov. 10, 2013 file photo, Britain’s Queen Elizabeth II listens during the service of remembrance at the Cenotaph in Whitehall, London. (AP Photo/Kirsty Wigglesworth, File)

LONDON (USA Today) — Buckingham Palace expressed its disappointment Saturday with a tabloid newspaper for publishing images of a young Queen Elizabeth II performing a Nazi salute with her family in 1933, the year Adolf Hitler came to power.

The palace took the unusual step of commenting on the report in The Sun newspaper, which shows the queen — then about 7 years old — at the family home in Balmoral, with her uncle Edward, mother and sister. The grainy footage also shows Elizabeth’s mother making the salute as the family laughs.

“It is disappointing that film, shot eight decades ago and apparently from Her Majesty’s personal family archive, has been obtained and exploited in this manner,” the palace said.