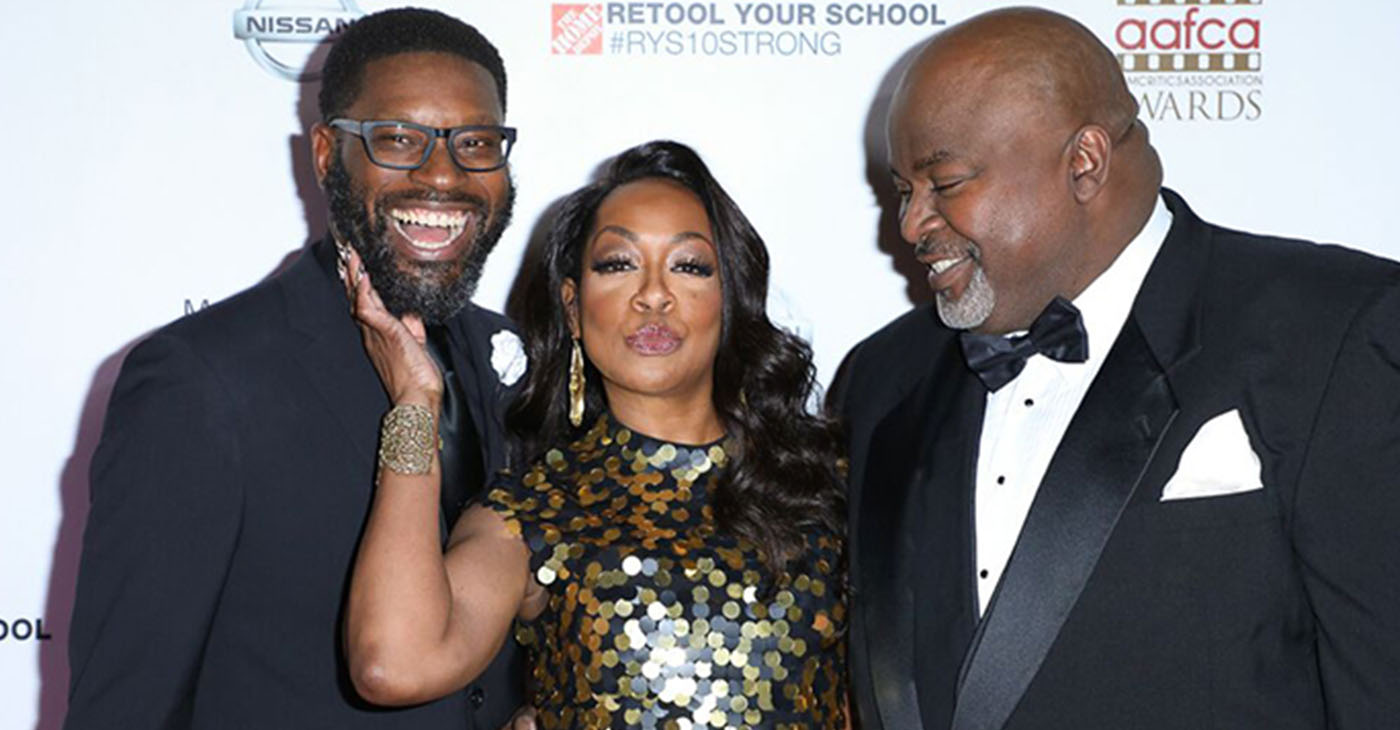 The superhero film accepted awards for Best Picture, Best Director and Best Song during the annual program that honors narratives in film and television reflecting the richness of black culture.

Musical composer and icon Quincy Jones was on hand to receive the organization’s inaugural Stanley Kramer Award honoring the late filmmaker who created some of Hollywood’s most popular “message” films.

“For nearly 70 years, he has helped shape pop culture as a music composer and producer as well as a film/TV composer and producer,” she said. “His creative influence is unparalleled. He has molded the arts, film and music with a force that we may never witness again in our lifetime – and given back all along the way.”

“Through Blumhouse, he has rebirthed the horror genre, favoring both horror and specialty films like BlacKkKlansman that inclusively reflect or make us think about the world today,” he said.

“I am thrilled that AAFCA is honoring Jason, the legendary Quincy Jones, jazz pioneer Bolden and the other great creatives – in front of and behind the camera – that continue to make our industry and our world great.”

“Black Panther,” the Disney film that sparked a worldwide phenomenon and grossed more than $1.3 billion at the box office, also recently won a Screen Actors Guild award for Outstanding Performance by a Cast in a Motion Picture. That award bodes well for the Marvel film to win the Best Picture award at the 91st Oscars on Feb. 24. The film that wins the top award at the SAG Awards usually wins Best Picture at the Oscars.

Actors Amandla Stenberg and Russell Hornsby won Best Breakout Performance and Supporting Actor, respectively, for their roles in the George Tillman Jr. directed film, “The Hate U Give,” based on the Angie Thomas novel.

The awards, celebrating career excellence in and around the cinematic arts, are given out annually by the association, which represents the largest group of black film critics in the world.

The association also creates a platform for movies with universal appeal to the African-American community, organizers said, while highlighting films produced, written, directed and starring, persons of the African diaspora.

Actor Dondre Whitfield, who appears on the hit OWN show “Queen Sugar,” said the awards program is all about recognizing and celebrating black talent.

This article originally appeared in the Wave Newspapers.

I watched Taraji P. Henson take her place on the Hollywood Walk of Fame