I watched Taraji P. Henson take her place on the Hollywood Walk of Fame
Advertisement 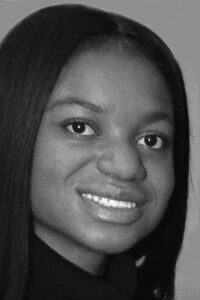 By Brianna A. Smith, Special to The New Tri-State Defender

HOLLYWOOD – “The Hollywood Walk of Fame is a journey through history and today my legacy will be forever etched in the history of Hollywood. I’ve worked so hard for this. It’s surreal,” said Taraji P. Henson.

I was on hand Monday, January 28th, for the 11:30 a.m. ceremony that unfolded in the 6200 block of Sunset Blvd. and culminated with Henson’s star added to the prestigious Hollywood Walk of Fame.

“I want to say to all of the little brown babies all over the world, ‘Look at me and see you,’” the 48-year-old actress said. “I was a single mom, raised by a single mom and lived in the hood. …I never focused on my circumstances. I focused on my dream and looked at God.”

Henson dedicated her star to her family as she fought back tears.

Henson’s mother and 94-year-old grandmother were in the audience. She reflected on her early career in Hollywood, noting that she arrived in Los Angeles in the early 1990s with $700 and her son on her hip.

Turning to her grandmother, she said, “I hope you are so proud because this is your legacy.”

Her A-list friends, John Singleton and Mary J. Blige, came out to support and honor her. 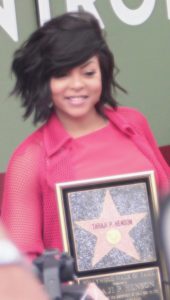 Taraji P. Henson fights for roles that will break through glass ceilings and does so with the young women coming behind her in mind, she said.

Singleton also was among the producers of “Hustle & Flow,” the 2005 film set in Memphis. Henson provided the vocals for the film’s Oscar-winning Three 6 Mafia track, “It’s Hard Out Here for a Pimp.”

Audiences do indeed “see themselves” in Henson, he told the crowd.

Blige appeared with Henson in the 2009 Tyler Perry-directed romantic musical comedy-drama “I Can Do Bad All by Myself.” She also sang on the 2015 Fox special “Taraji and Terrence’s White Hot Holidays.”

“She has been there for me, she has brought me through so many things and brought sunshine to my darkest days,” Blige said of her close friend.

“Made me laugh till I cried on days when I just wanted to cry; a true angel. What an amazing woman. You are the definition of a phenomenal woman.”

“Taraji P. Henson is a powerful woman and a powerful actress. She is an entertainer that fans cannot take their eyes off of due to her great acting ability,” said Ana Martinez, producer of the Walk of Fame Ana Martinez. “We welcome her bright star on our Walk of Fame.”

Now 48, Henson fights for roles that will break through glass ceilings and does so with the young women coming behind her in mind, she said.

“We can’t drop the torch now ladies out there, anybody in the industry; we also need our men,” she said. “That’s why I love men, I protect them because we need each other. We can’t bash each other, we have to reach across the table and help each other. …

“Everything I do is for the positive, forward movement of humanity,” she said. “That’s how powerful art is. I don’t take anything for granted. Every role I take on is just as special as the last one.”

There now are 2,655 stars on the Hollywood Walk of Fame. I thoroughly enjoyed witnessing my favorite actress receive hers.