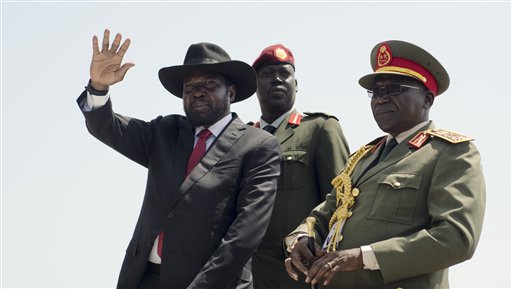 The government has initialled a draft agreement, but requested a further 15 days before signing in full.

International sanctions had been threatened by mediators if both sides failed to reach an agreement on Monday.

Tens of thousands have died and more than two million have been displaced since fighting broke out in 2013.

Rebel leader Riek Machar, who did sign the deal, said he had expected more concessions from Mr Kiir, and did not know beforehand that the South Sudanese president would fail to sign it.