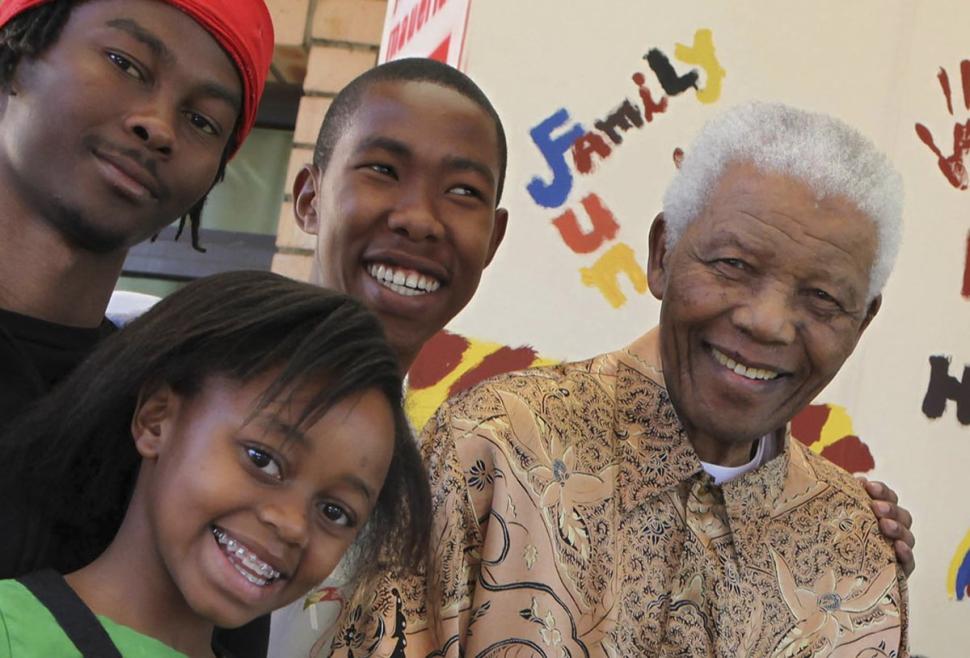 Mbuso Mandela (c.) is one of the late Nelson Mandela’s 17 grandchildren. (Debbie Yazbek/AP)

JOHANNESBURG (AP) — A man identified as one of Nelson Mandela’s grandsons has been arrested for allegedly raping a 15-year-old girl, South African police said on Tuesday.

Mbuso Mandela, 24, is in police custody and will appear in a Johannesburg magistrates court on Friday for a bail hearing, said police spokeswoman Brig. Mashadi Selepe. He appeared briefly in court Monday when he was charged with rape.

The rape allegedly took place at a restaurant in Greenside, a Johannesburg suburb, on Aug. 7, Selepe said. The matter was reported to police a week later and Mandela was arrested last Saturday, she said.

Mbuso Mandela is one of late statesman Nelson Mandela’s 17 grandchildren. Mandela died in 2013 at the age of 95.