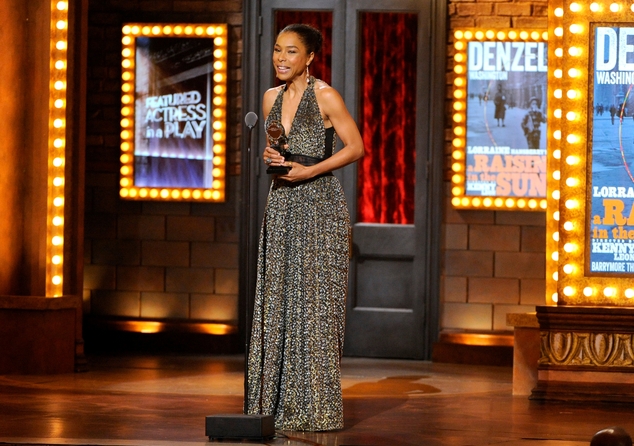 Sophie Okonedo accepts the award for best performance by an actress in a featured role in a play for “A Raisin in the Sun” on stage at the 68th annual Tony Awards at Radio City Music Hall on Sunday, June 8, 2014, in New York. (Photo by Evan Agostini/Invision/AP)

To be directed by James Hawes, the series follows Maya, played by Okonedo, who is about to become the first black Director of Public Prosecutions. Lester will play her husband Nick, a former undercover officer.

“Ever since making Criminal Justice with Hilary Salmon, we’ve been itching to get back to looking at the parts of the justice system, the media and public life that time and again over the last five years have been shown to be occupied by the good, the bad and the very ugly. I’ve been lucky enough with the research sources I’ve had access to to dig really deep into the darker corners of all these worlds and come up with what I hope is an uncompromising and surprising thriller. I feel incredibly lucky to be writing for such a wonderful cast, with two lead actors in Sophie Okonedo and Adrian Lester, who are right at the top of their games. It has been a particular privilege to have had the chance to involve and engage Sophie in the research and development process at every point,” screenwriter Moffat said in a statement.