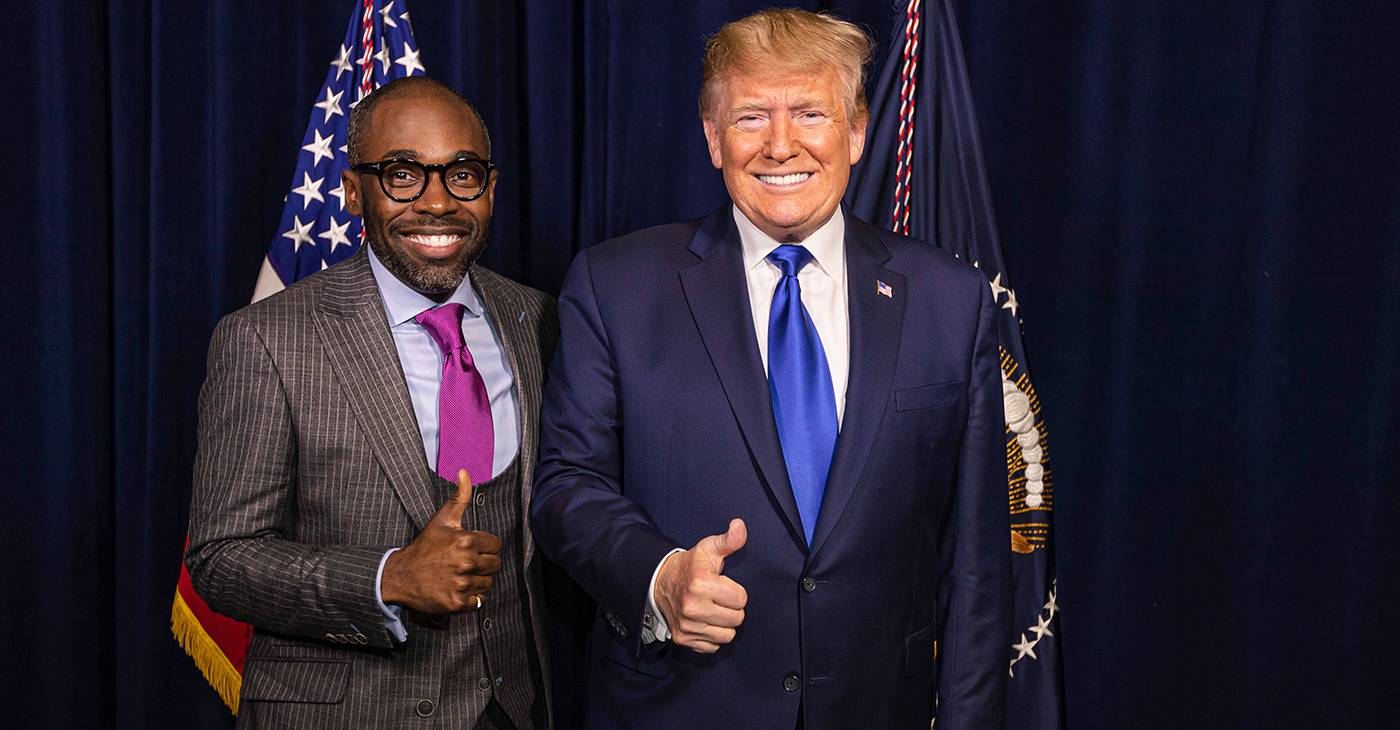 “We are thrilled for Paris to officially join our team! A fierce advocate for our President and our Party, he will be a great leading voice as we continue to grow our all-encompassing approach to expand our presence in black communities,” said McDaniel. “He will help us connect with voters on the issues they care about and work to re-elect President Trump and secure Republican victories up and down the ballot on November 3rd.”

Dennard, a longtime GOP political commentator, writer, consultant, and strategist, will work to ensure that African Americans and other minorities are aware of President Trump’s efforts to support their communities.

In an exclusive interview with NNPA Newswire, Dennard said Trump has been “pained” by unflattering and unfair characterizations that do not reflect his work as president.

He said the president also understands the importance of the Black vote, and the GOP is committed to demonstrating its value to all communities.

“I won’t sugarcoat it. It is a challenge to get the Republican Party’s and the Trump Administration’s campaign message to the Black community,” Dennard stated.

“But it’s a challenge that’s worth fighting for because I believe, at the end of the day, President Trump and the Republican Party want to earn the vote of the Black community.”

Dennard added that the RNC and Trump have platforms and policies that would resonate more soundly and positively in the Black community.

Those policies include the First Step Act, a law that reduced sentences for some drug offenses; Criminal Justice Reform, The Future Act, which assures funding for historically Black colleges and universities; and new Black Voices for Trump Community Centers.

“As long as they have an open heart and open mind to receive the factual information of all the good things that the GOP under President Trump’s leadership has been doing over the past three years,” he said.

“What I hope to do is work with Black media, specifically the National Newspaper Publishers Association, which is Black-owned newspapers and media companies. I want to show my community that, as a proud Black American, this is what the administration is doing to celebrate the successes of Black people,” Dennard continued.

A native of Phoenix, Arizona, where he grew up reading the Arizona Informant newspaper, Dennard earned two degrees in Public Relations and Political Science from Pepperdine University in California.

From 2005 to 2009, he worked in The White House under President George W. Bush, serving in the offices of Political Affairs, Legislative Affairs, and Public Liaison.

He also served as The White House Director of Black Outreach, where his primary role was liaison to the Black community at large.

“There is a lot of misinformation out there. In order for my community to be more educated, the GOP and the Trump campaign have to engage the Black community more directly. I know RNC Chairwoman McDaniel understands that the president understands we have to take the information and get it directly to the people, where they are, what they listen to, and what they read,” Dennard said.

“That’s why the Black Press is important because it’s still what many of us value and trust.”

Despite only receiving 8 percent of the Black vote during the 2016 election, Dennard said Trump hasn’t given up hope that African Americans will eventually support him.

“There’s no question that the divisiveness we see in the country has always been there, but it is greater now,” Dennard noted.

“At the end of the day, the president is a threat to all traditional Democrats and liberals. He threatens the narrative because he does things that traditional Republican presidents didn’t do. He consistently campaigned for the Black vote, and he didn’t stop.

“Every single year he’s worked for a group that only gave him 8 percent of the vote. Most people would tell him to focus on someone else. I’ve heard him tell the story about his concern for Black America and how it really upset him when he saw the state of Urban America that had been neglected under the leadership of Democrats.

“Housing and the economy were so bad, so he said, what the hell do you have to lose. From that moment, he wanted to ensure that Black communities knew they had a champion in him.”

Dennard believes what Trump has accomplished – from Criminal Justice Reform to the Future Act– is unprecedented.

“What he’s been able to do with Criminal Justice Reform is remarkable,” Dennard said.

Though the president has annoyed many with his penchant for tweeting, Dennard noted that one of those infamous tweets was what helped to push Criminal Justice Reform through the Senate.

“Mitch McConnell wasn’t going to bring it the floor because he didn’t think he had the votes for it to pass,” Dennard recalled. “The president worked behind the scenes with Republicans and some Democrats to get it done, and he tweeted at McConnell to bring it up for a vote.”

Dennard added that the president has continued efforts of engaging African Americans, which includes more outreach to the Black Press and the new Black Voices for Trump Community Centers.

They are stocked with campaign items, including videos of African American Trump supporters expressing their support for the president’s re-election, and pamphlets detailing Trump’s record in the Black community.

“These centers have rolled out in predominately Black neighborhoods,” Dennard noted.

“We are going to be hiring at these facilities, and they will be fully staffed, which means lots of jobs. One of the things we wanted when Black Voices for Trump organized was ways to communicate. We took out ads in Black-owned newspapers in Florida and on the radio.

“We wanted to get the word out. The RNC gets it. I know the White House gets it. They understand the important role that Black media plays, and I hope that in my position, I can continue to expand what the White House and the Campaign has been doing in terms of engagement.”

Car Reviews – Why Buy This Car or Not? – Auto Talk Show – AutoNetwork Reports #253