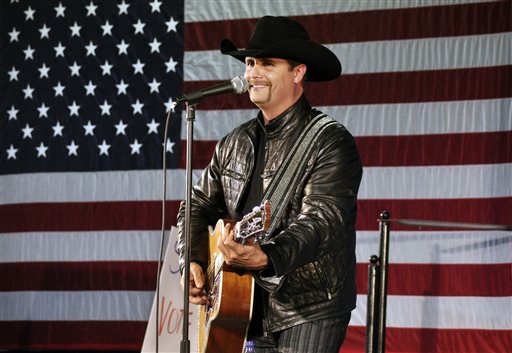 NASHVILLE, Tenn. (AP) — The Confederate flag was once a familiar symbol in country music, representing the rural South and the renegade spirit of artists such as David Allan Coe and Hank Williams Jr.

But the rebel banner that will be removed Friday from the grounds of the South Carolina Capitol has faded from stage and song, with many country artists quietly distancing themselves from the emblem that used to feature prominently in merchandise, lyrics and concerts.

“You won’t find it being used by young country acts today, partly because it doesn’t mean the same thing to them,” said Robert K. Oermann, author and columnist for MusicRow magazine. “Partly because some of them aren’t Southern and partly because if you want to appeal to a national audience, why would you do that?”

Many artists have adopted the American flag instead.

Only a small number of country artists have been willing to speak on the issue in the weeks since nine black churchgoers were fatally shot at a Bible study in Charleston, South Carolina.

Charlie Daniels wrote a long column on his website addressing the most recent controversy over the flag, which he called “a sign of defiance, a sign of pride, a declaration of a geographical area that you were proud to be from.”

“That’s all it is to me and all it ever has been to me,” Daniels wrote, explaining that he opposes racism and believes that every person deserves the same rights and advantages regardless of skin color.

“Unfortunately,” Daniels said on the site, “the Confederate battle flag has been adopted by hate groups — and individuals like Dylann Roof,” who is charged with murder in the church attack.

John Rich, of the duo Big and Rich, told Fox News’ Sean Hannity that he agreed with calls to remove the flag from its pole outside the Statehouse in Columbia. A protest song called “Take Down Your Flag,” written by singer songwriter Peter Mulvey, has been recorded and posted online by hundreds of artists, including Ani DiFranco, bluesman Keb’ Mo and actor Jeff Daniels.

The banner was not commonly used until the late 1960s, when it began to be adopted by some country and rock artists who identified as outlaw musicians appealing to blue-collar fans, Oermann said.

Coe and Williams, the country group Alabama and rockers like Lynyrd Skynyrd all used the flag on stage or in merchandise or referenced the flag or the Confederacy in their lyrics.

The flag continued to appear in some country acts through the 1970s and early 1980s, but it fell out of favor as the genre became more commercial and the industry sought to reach wider audiences in the suburbs and urban areas beyond the South.

Country artists take a big risk in addressing social and political issues. Just two years ago, Brad Paisley was criticized for recording a song called “Accidental Racist,” with rapper LL Cool J, that sought to explore racial tensions but came across as naive and ill-advised.

Diane Pecknold, an associate professor of women and gender studies at the University of Louisville who has written extensively about the history of country music, said country has a strong association with patriotism and with promoting inclusion of all races and cultures. She noted that Paisley, Tim McGraw and Garth Brooks all have songs that are explicitly anti-racist.

Darius Rucker, a black musician who hails from Charleston, chose to communicate directly to his fans on Twitter: “Incredibly proud of my city for handling this tragedy with love. Thankful to be a part of a community that can come together in a time of need.”