Retirement Worries are Beginning at an Earlier Age
Advertisement

WASHINGTON (NNPA) – When Stephen Compton graduated from Grambling State University in 2006, his goal was to begin his career working for the NFL and move up their corporate ladder. 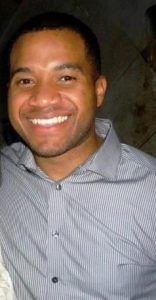 However, just six years later he has another goal in mind – making sure he’s prepared for retirement.

“Back when I graduated, I never would have thought I’d have to worry about this now,” says Compton, who at 28 has already begun to prepare for something that won’t come for at least another 20 years.

After graduating, Compton moved back home to Houston, where his parents were speeding through their savings and retirement funds to maintain their middle-class lifestyle after being laid off within a year of one another.

Compton’s parents are not alone.

In its “State of Black America” report issued earlier this year, the National Urban League reported, “Our analysis of data from the U.S. Census Bureau and the U.S. Bureau of Labor Statistics will clearly establish that whether one looks at education, income or any other meaningful measure, almost all the economic gains that blacks have made in the last 30 years have been lost in the Great Recession that started in December 2007 and in the anemic recovery that has followed since June, 2009.

Compton has seen that up-close – and it has had an impact on him.

“Seeing my parents get to a point where they don’t have anything to retire on has made it more of a serious issue for me,” he says. “They don’t want me to have to be in this situation.”

According to a recent study by the Pew Research Center, Compton isn’t alone in his retirement worries, even at his age. In fact, Americans are more concerned about having enough funds to last through retirement than they were in 2009, when the Great Recession was beginning to end.

Of the more than 2,500 adults surveyed by Pew, 38 percent say they are not confident that their nest eggs will last throughout retirement, a figure that jumps to 53 percent among those ages 36-40. In 2009, only 18 percent of 36-40 year-olds were showing signs of concern.

Chicago-based financial advisor Kimberly Thomas says declining wealth and rising inflation can be attributed to the widespread worry about retirement.

“A decline in wealth can have a devastating impact,” Thomas says. “I’ve seen so many clients have to post-pone retirement because of what the economy has done.”

“Challenging economic times have an intense impact on 30-40 something’s because we’re used to spending as we chose and putting more emphasis on what we want,” says Thomas, who’s in her 40s. “When my parents were in their 30s, they had a different mentality—they were more interested in saving and planning for tomorrow than 30-year-olds today.”

Brandi Richard, the president of the National Urban League Young Professionals, has a different perspective.

“Our homes cost more, life costs more,” says Richard. “Most of the money coming into our paycheck is going out. There is not as much to put back for retirement.”

Thomas says that regardless of how much you’re making now, you should save at least 10 percent of every check to prepare for the future.

“When it comes to retirement, if you think about your financial future as if you’re constructing a house, you’ll need a blueprint—you need a solid plan,” Thomas says. “ You want to build your financial house upon this plan, but it starts with saving and planning.”

Compton, who set aside his dreams of being a general manager for an NFL team to take on a role as a business analyst for a Texas-based energy company, is in the midst of making plans to shape his financial future.

“The focus for me now is to eliminate all my debt, from college and some credit cards,” Compton says. “I want to build wealth for myself so that when the day comes that I can retire, I’ll be set.”