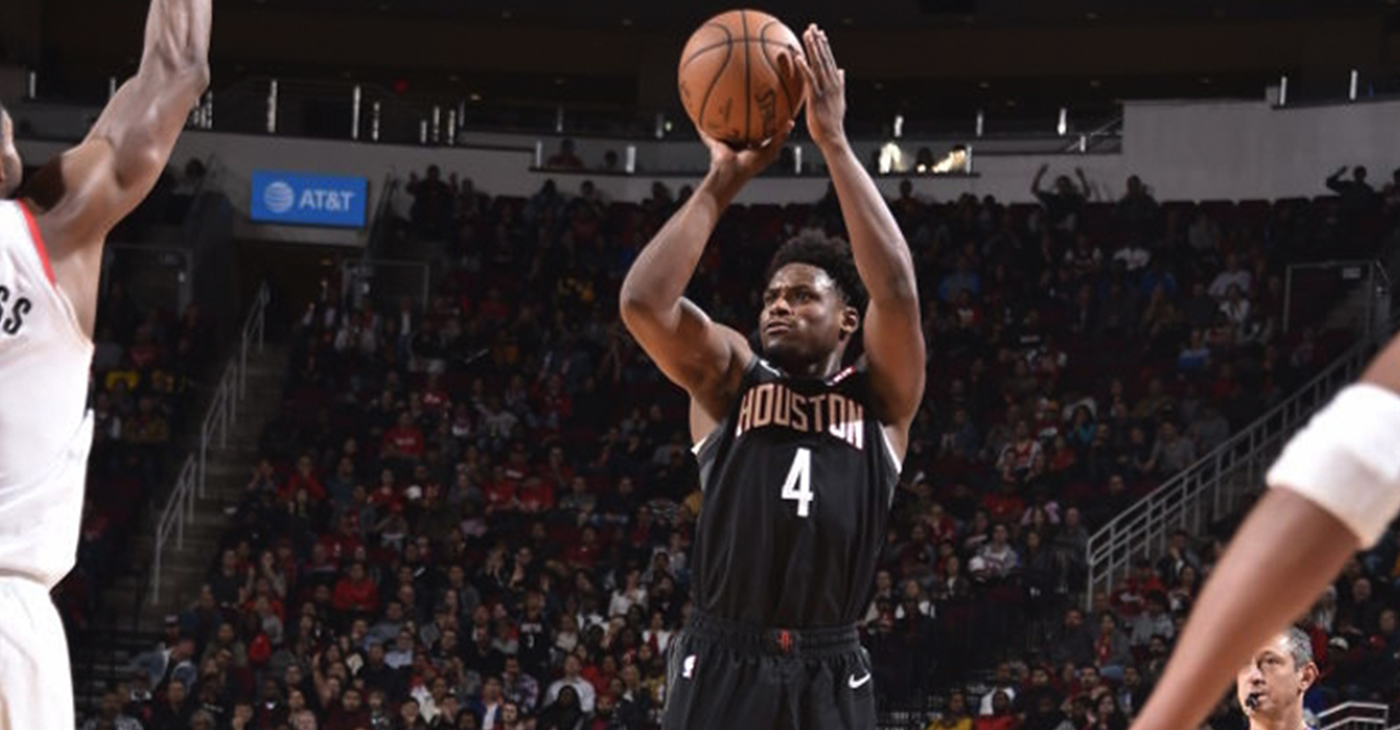 By The Houston Rockets

Clark (6-8, 225) was eligible for the 2018 NBA Draft following his senior season at Cincinnati and signed a two-way contract with Houston on July 5. He has appeared in 21 games for the Rockets this season, averaging 16.9 minutes per game. Clark has hit multiple 3-pointers five times this season and recorded two or more blocks four times. He has also committed just one turnover in 356 minutes of play.

House Jr. (6-7, 215) was eligible for the 2016 NBA Draft following his senior season at Texas A&M. He was playing for the Rockets single-affiliation G League Partner, Rio Grande Valley prior to being called up by Houston on Nov. 26. In five games as a Rocket, House Jr. is averaging 8.4 points and 2.8 rebounds in 21.2 minutes per game. He also hit multiple 3-pointers in three of those five games.