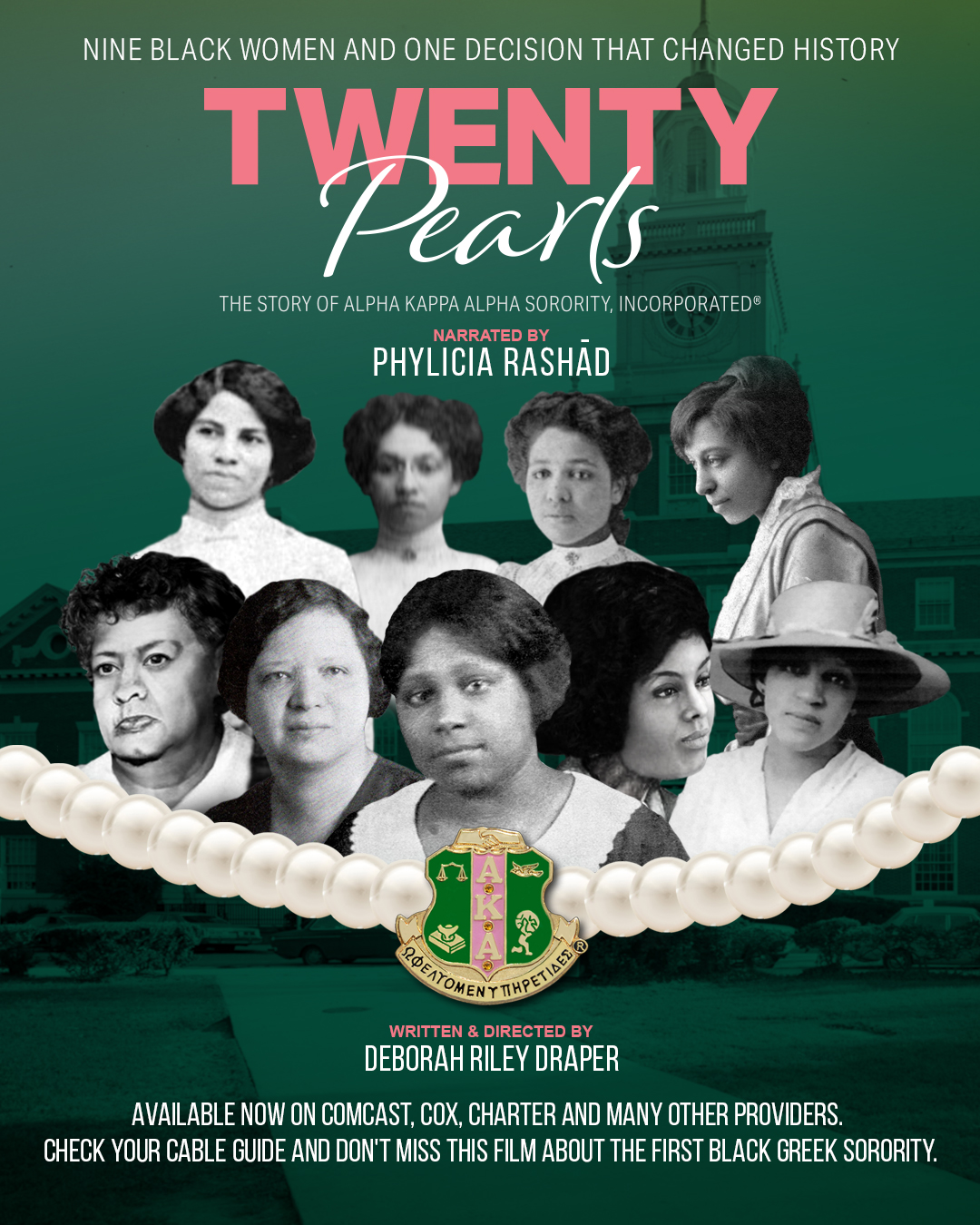 With a multi-platform launch date of February 22, 2022, Twenty Pearls will be available on Prime Video, iTunes, YouTube, Google Play, and Vudu, to name a few. Retailers like Amazon will carry DVDs for sale and the film will be available in libraries as far as Canada. Initially released on Comcast’s Black Experience channel in March 2021, the acquisition by Gravitas and launch during Black History Month is timely in presenting this documentary to broader North American and worldwide audiences.

“The story of Alpha Kappa Alpha Sorority is not a Black story; it is an American story. Through our partnership with Gravitas, our goal is to ensure that our story is broadly told by making it more accessible to diverse audiences,” explained Dr. Glenda Baskin Glover, International President and CEO of Alpha Kappa Alpha Sorority, Incorporated® and President of Tennessee State University.

Director Deborah Riley Draper, a 2022 NAACP Image Awards nominee for the OWN: Oprah Winfrey Network docuseries “The Legacy of Black Wall Street” for Outstanding Breakthrough Creative (Television), is well known for her previous documentaries “Olympic Pride, American Prejudice” and “Versailles ‘73: American Runway Revolution.” Draper said having the luxury and privilege of interviewing Alpha Kappa Alpha member and Vice President Kamala Harris for Twenty Pearls was an extraordinary moment for her as a filmmaker. “Vice President Harris spoke to the power of Black women when we come together and organize, what that looks like, and how that force can change the world.”

The film also features interviews with International President and CEO of Alpha Kappa Alpha Sorority, Incorporated®️ Dr. Glenda Baskin Glover, Miss Universe Ireland Fionnghuala O’Reilly, Smithsonian Secretary Lonnie Bunch, Anna Eleanor Roosevelt Fierst, and many more. As a member of Alpha Kappa Alpha Sorority, Incorporated®️ herself, Draper said, “Being able to tell our own stories is our cultural inheritance. If we don’t tell our stories, who is going to tell our stories the way they should be told?”

Alpha Kappa Alpha Sorority, Incorporated (AKA) is an international service organization that was founded on the campus of Howard University in Washington, D.C. in 1908. It is the oldest Greek-letter organization established by African American, college-educated women. Alpha Kappa Alpha is comprised of over 300,000 members in more than 1,000 graduate and undergraduate chapters in the United States, the U.S. Virgin Islands, Liberia, Bahamas, Bermuda, the Caribbean, Canada, Japan, Germany, South Korea, South Africa, and in the Middle East. Led by International President and Chief Executive Officer, Glenda Glover Ph.D., Alpha Kappa Alpha Sorority, Incorporated® is often hailed as “America’s premier Greek-letter organization for African-American women.” Visit http://www.aka1908.com for more information.