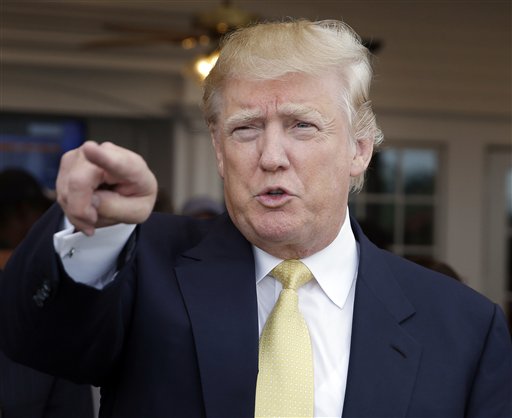 (New York Times) – About five years ago, when golf was going through an economic downswing, Donald Trump took the opportunity to buy in, scooping up failed properties. He already had courses emblazoned with his name around the world, but credibility? That eluded him.

Soon major golf tours came calling, bringing big-money, high-profile events to his courses. Major championships — the prized possessions of every club — came next. In short order, Trump had gone from outsider to having a seat in the club.

Now he is wondering if he will get to keep it.

“I’ve been very loyal to golf,” Trump said Tuesday in a telephone interview. “I own 17 clubs. They all do great. We will see whether or not golf is loyal to me.”

That is the question after the P.G.A. of America on Tuesday became the first major golf organization to pull an event from one of Trump’s properties in response to Trump’s racially insensitive remarks last month about Mexican immigrants during a speech in which he announced his candidacy for the Republican nomination for president.

Athletes Allege Abuse and Racism at University of Illinois