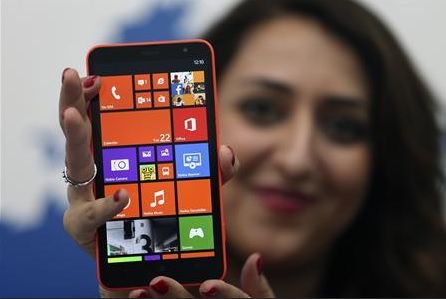 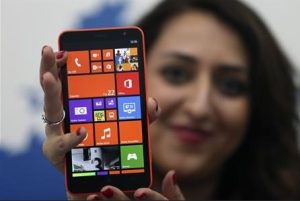 Nokia has unveiled its first tablet and large-screen smartphones, which will form part of Microsoft’s global push to become a leading player in consumer devices when it takes over the Finnish company’s handset business.

The Lumia 2520 tablet, along with the Lumia 1320 and 1520 phones are among the last products Nokia developed before deciding to sell the devices unit to Microsoft in a deal that is due to close in the first quarter of next year.

Nokia, once the global leader in mobile phones, arrived late to the smartphone race and has struggled to catch up with Apple and Samsung, who dominate the increasingly crowded market for large-screen smartphones, known as phablets.

The Lumia tablet, which has a 10-inch screen, will also face tough competition from the likes of Apple, which is expected to unveil slimmer, faster iPads on Tuesday. The phablets, which both have 6-inch screens, will take on a multitude of similar devices from Samsung.

Yahoo Again Tops Google in US Web Visitors in Sept