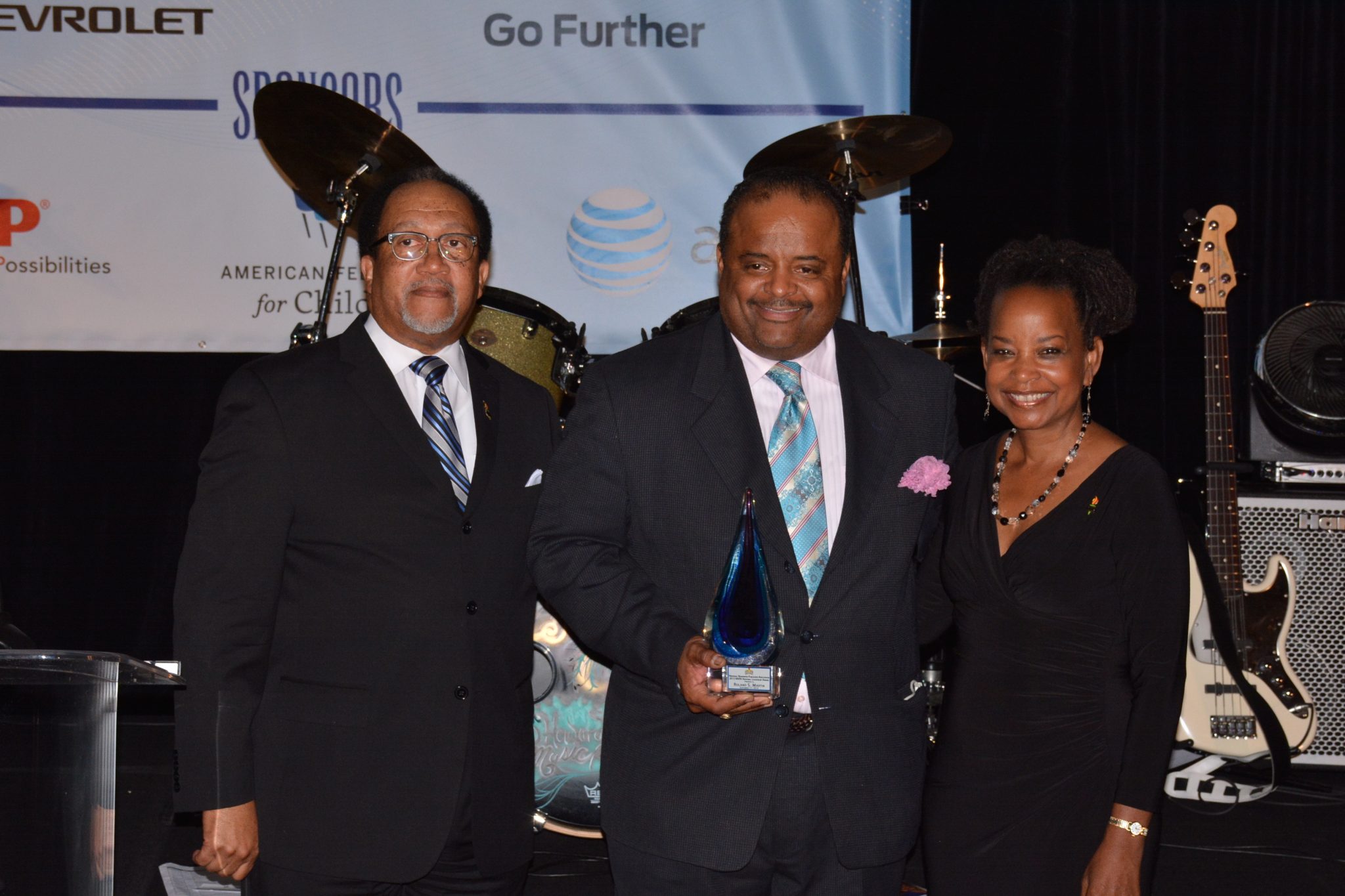 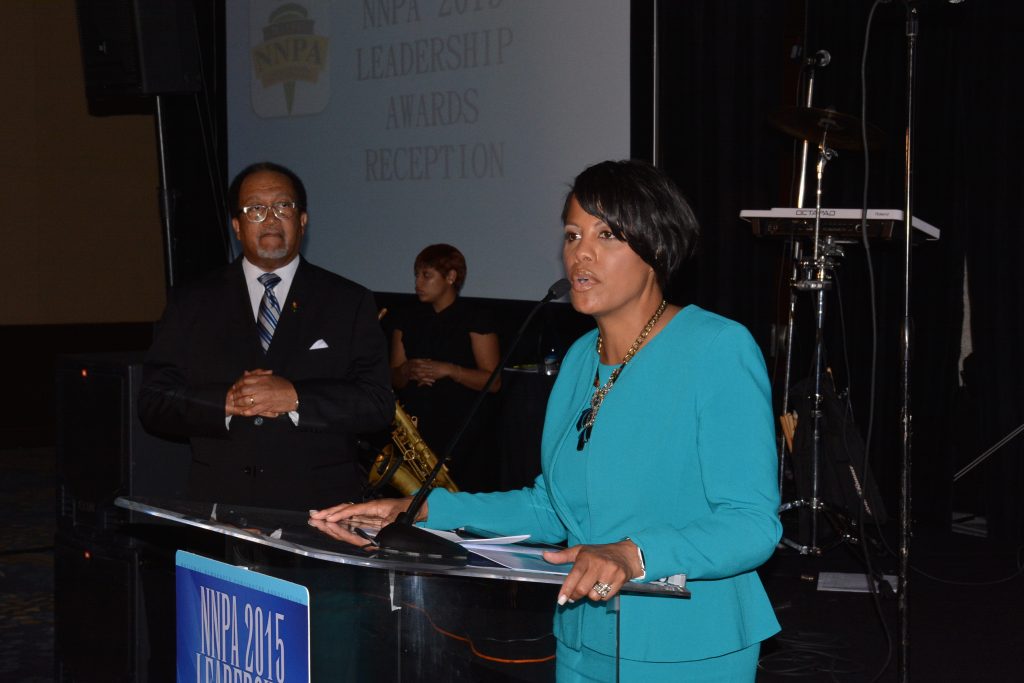 At the 2015 NNPA Leadership Awards reception, Baltimore Mayor Stephanie Rawlings-Blake thanks the Black Press for its fair coverage of the Baltimore protests. (Roy Lewis/The Washington Informer)

The awards are given to those who have demonstrated leadership in the Black community and support of the Black Press. Held at the Washington Marriott Marquis, which is partially Black-owned, the reception drew a large crowd of conference attendees and Black Press supporters.

Misty Copeland, Roland Martin, Congresswoman Donna F. Edwards (D-Md.), Rahiel Tesfamariam, and A. Shuanise Washington were the awardees for 2015, the NNPA’s 75th anniversary year. Denise Rolark Barnes, chair of the NNPA and publisher of The Washington Informer, along with Benjamin F. Chavis, Jr., president and CEO of the NNPA, emceed the event.

Roland Martin was recognized for his work in broadcast media and dedication to Black news, and was the first honoree of the night to address the audience.

“For folks who don’t know, I’ve actually run three Black papers. I’ve always made it clear that the first dollar I earned in media was from a Black newspaper. My first television dollar was from a company that was Black-owned,” he said. “When I’m sitting in the White House with the president, I’m sitting representing Black media, not mainstream media. I have never allowed White media to validate my skill set.”

Each of the honorees thanked the NNPA for its support and its dedication to keeping Black communities empowered and informed.

A. Shuanise Washington, president and CEO of the CBCF Inc., and Misty Copeland were unable to attend the reception. CBCF vice president of communications and marketing, Shrita Sterlin-Hernandez accepted the award on Washington’s behalf, and Copeland sent her gratitude via video.

“I am here really to echo the comments that Roland [Martin] made, and to thank Black media for how you treated Baltimore during the unrest,” Rawlings-Blake said. “I can say that Black media was particularly supportive in so many ways to make sure that…the riots wasn’t the whole story of Baltimore. Thank you for making sure the whole story continues to be told in our communities.”

$110K: Is This What Justice Looks Like in America?