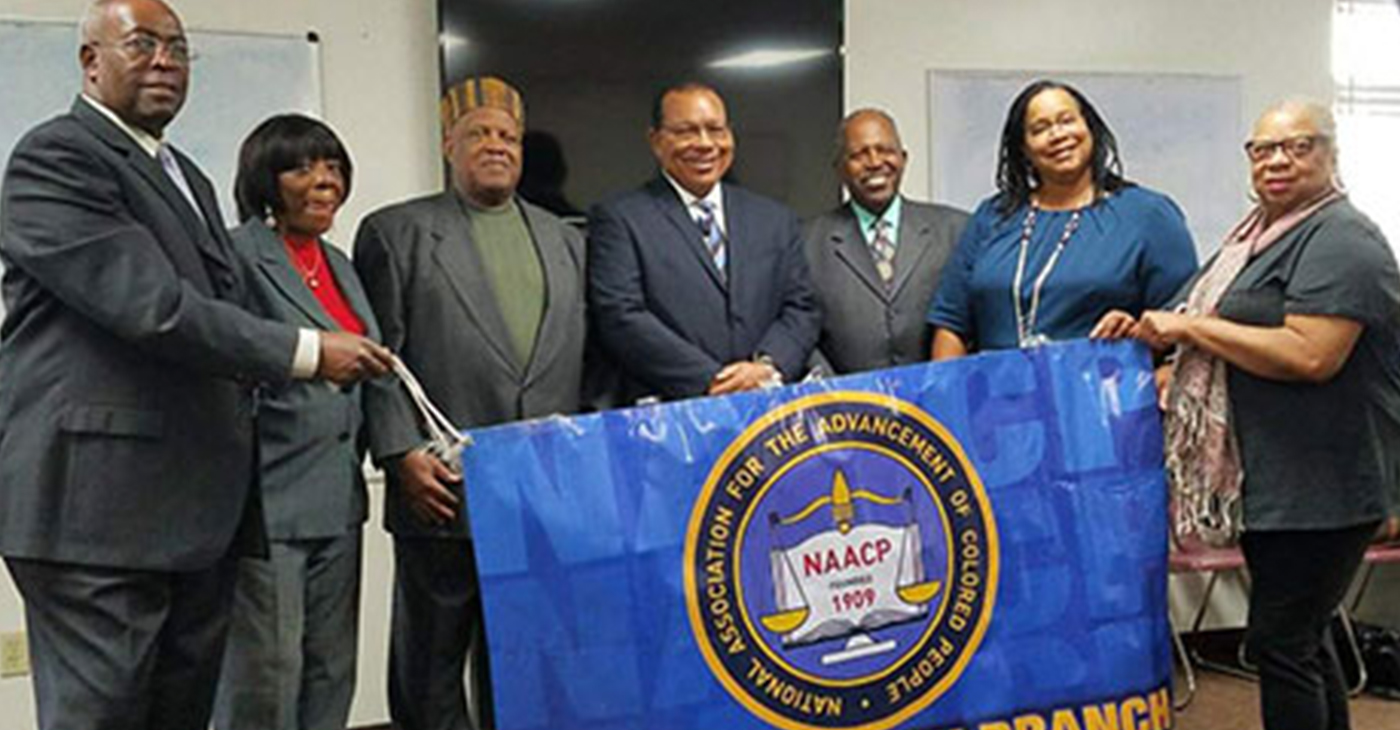 It may come as no surprise that the recently installed Orange County Branch NAACP President Dr. Fred C. Calhoun has his sights set on getting more African American representation of teachers into local school districts, colleges and universities.

In his new seat, he is ready to tackle some of the harder to reach places in higher education settings.

“I am excited and very fortunate to get the position, and that’s one of the things we want to be working on now,” he said.

Not long ago, Calhoun sent notices out to local community colleges and universities, explaining how the shrinking representation of Black educators and administrators is having a negative impact on Black students – and all students for that matter.

In attending functions at local high schools and colleges over the years, he said he still hardly ever comes in contact with Black staff or educators. It’s an ever-repeating pattern that he’s personally experienced throughout his own educational journey.

“I went all the way through the community college district and I never came in contact with a Black instructor until I went to UC Irvine,” he said.  “I had no role models in these schools.”

This year, he has alerted one of the academic districts that they intend to march to protest if their isn’t a greater push to recruit more Black teachers. He said about 130 teachers or more retired in the North Orange County Community College District last year, which has opened up potential hiring opportunities.

Calhoun said the local branch NAACP would like to see stronger recruitment to get, and retain, African American teachers into some of those positions. To date, he’s not aware of an authentic effort on the part of colleges and universities.

“They might have it on paper, but I don’t think it’s actually happening,” he said.

Because Black teachers aren’t historically welcomed, they frequently leave for places where they can be supported, or promoted.

“They go to other districts that are a little more hospitable,” he said.

Since the late 1970s, Dr. Calhoun has served with the ACLU, the National Associaton for Equal Justice in America, and varying times on the NAACP-Orange County Branch board. He also led the fight to keep the Johnny Rebel confederate statute from being reinstalled that had stood tall in the quad area at Anaheim Savanna High School.

Calhoun also has a long history in education. He holds a doctorate in education from Nova University, and a master’s degree Community-Clinical Psychology from California State University, Long Beach. From the 1970’s, he served as Director, Student Educational Development Center/Extended Opportunity Programs and Services (SEDC/EOPS), and Dean of Student Services at Cypress College.

But much of his focus on education stems from his own upbringing.

He was born in Macon County, Georgia, where Martin Luther King Sr., was his mom’s Sunday School teacher.

Through his childhood, his great grandmother who cared for him had been a slave. He said his father figured prominently in the fight for equal education, having filed a school desegregation case in the 1950s that went all the way to the Supreme Court.

It was the first civil rights case for education desegregation filed in Atlanta.

Going forward, Calhoun is also looking to develop more partnerships to train prisoners and get them connected to education programs. He said he has met with representatives from UC Irvine that are doing similar types of outreach already.

In the past few weeks, membership has been growing significantly, and they’ve welcomed many people into the fold.  Everyone is welcome to come in, attend, and join in the effort.

NAACP meetings are held the second Saturday of every month from 12:30-2:30 p.m. at Second Baptist Church, located at 4300 Westminster Avenue in Santa Ana.

The local branch NAACP is also ready to work with partners to address the need both inside the prison, and after they get out. He said they are in the process of reaching out to the employment office and talking about alliances with churches that are working within the prison system.

“I’m going to try to put together a conference so we can discuss this more,” he said.

“We’re going to be working with youth, and offering scholarships for young kids in elementary school. We want to inspire them to go on in education,” he said.

For more information, or to join, see http://www.oc-naacp.com/

This article originally appeared in the Precinct Reporter Group News.